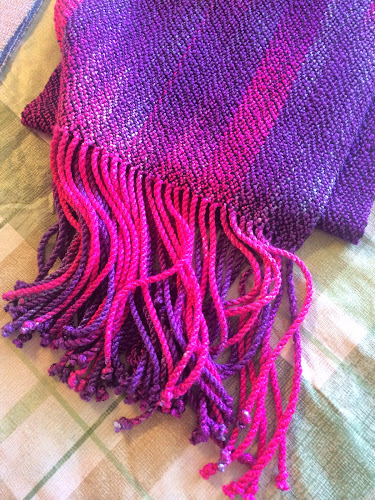 I went to Rae's this morning to learn how to make painted warps. I've wanted to do it for a long time but learning how to mix and use fiber reactive dyes and also the mechanics of applying the dyes to chained warps was just too intimidating for me. This is one of her examples - I love her fringe! 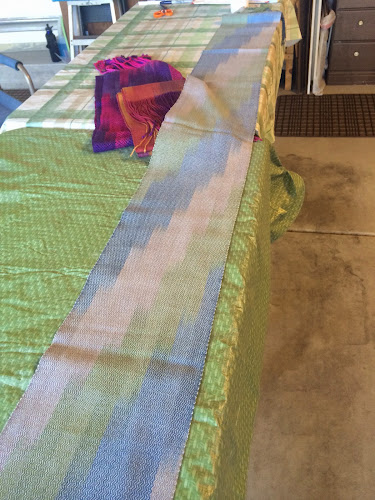 This is a 9" wide scarf but she wound the warp in 1" bouts before dyeing. The color movement up the scarf is wonderful. 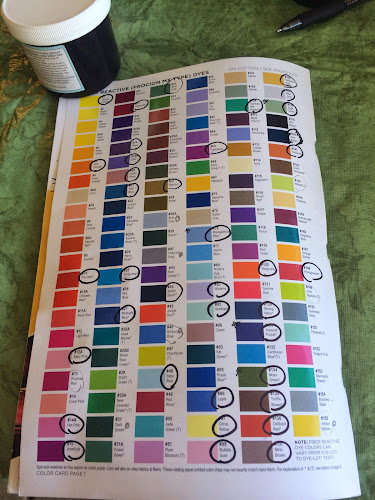 I took the dyes I had purchased from Dharma,, and Rae showed me the Dharma catalog where she had marked the dye powders she owns. This was an older catalog and she gave it to me. Her teacher had recommended no more than three colors and I can tell you that picking just three colors was torture. That took the most time of all. I borrowed moss green from Rae and need to order some of my own. 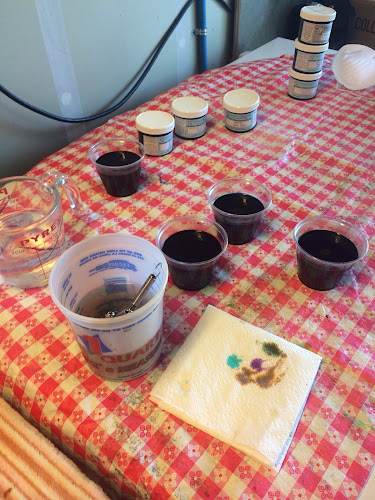 I ultimately mixed up four colors and when I still couldn't select just three, I used them all. She uses 1/2 teaspoon per one cup of water. The hot water is the only hot part with fiber reactive dyes, so different for me than dyeing protein fibers like wool and sillk with acid dyes. I just realized one disappointing omission - I changed out colors and rearranged so much but didn't write down my final choices and I can't remember now what they are. I think the above are Cayman Bue, Plum, Bronze and Moss Green. Or not. 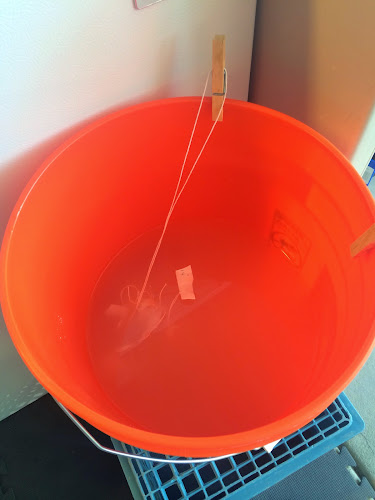 We started first thing by immersing my two warps in soda ash water, which is a mordant of sorts. It's recommended that you soak for at least a half hour and it was longer than that because I was stymied by color. 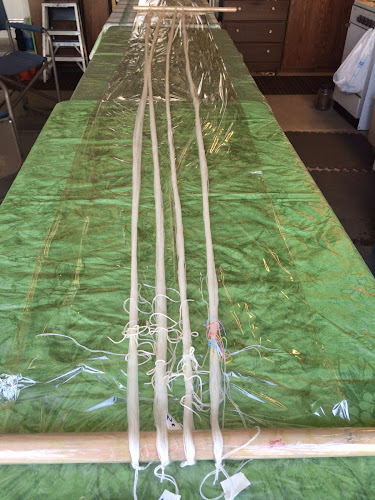 I had wound my warp in 2" bouts for an 8" scarf and labeled them 1 to 4 to keep them in order for later when it's time to weave. Once the soak was completed, we opened up the three yard warp chain and slipped both ends through dowels. I'm using 8/2 Tencel, a form of rayon. 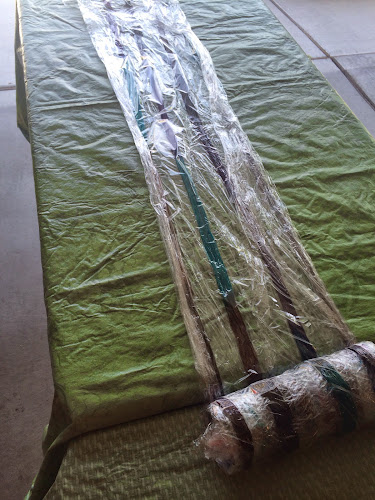 We blotted the excess dye from the plastic wrap and covered the top with a second sheet of plastic wrap. This is to keep the color from unintented bleeding. It's rolled up tightlly to keep the yarn wet for the next day or two. 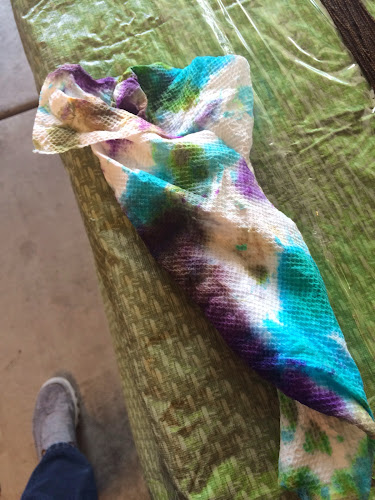 The color on the yarn is really dark and looks terrible. These are the colors that I blotted up so I'm hoping my results will be closer to them. 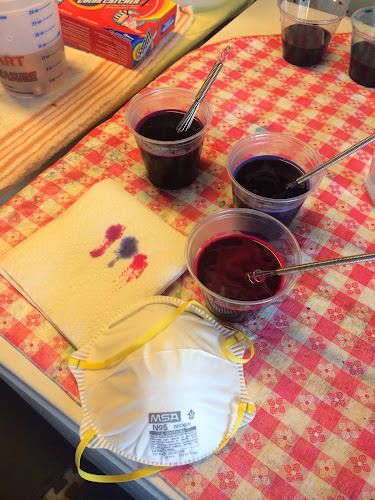 I chose analogous colors for my second warp and just a word of caution. When mixing dye powders, it's imperative that you wear a dust mask. You may not see anything in the air but the risk is serious. I think the colors here are Raspberry, Lilac and Fuchsia Red. Or not. 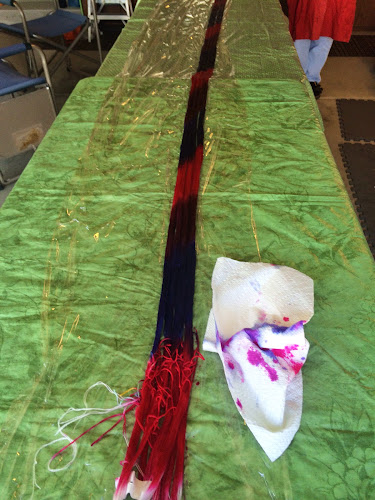 We put the warp ends on dowels again but this time I scrunched them together and then painted sections on the diagonal. I'm trying hard not to focus on how ugly the warps look at this stage and just believe the colors that are on the paper towels. This is definitely not for someone who requires immediate gratification.
The two warps are wrapped securly in plastic wrap and are batching in the garage. They recommend at least 24 hours and 48 is even better. I'll probably rinse these out sometime tomorrow afternoon. I'm going to our local farmers market on Sunday then have a school library sub job all next week so I wanted to write down the steps that we took today while they are fresh in my mind. And then I need to do it again as soon as I can.

Posted with Blogsy
Posted by Sharon at 3:34 PM

I've let mine batch for as long as 5 days, and it seems like the color stays brighter the longer I wait.

I cannot wait to see the towels or scarves you weave from these.

You can get away with just the primary colors, just like in acid dyes, and mix your own. If you use them in 1% solutions in urea water, they're stable for about a month. Then you can mix up your own colors. It's cheaper...