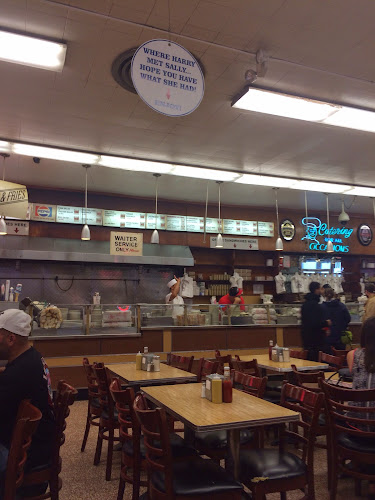 We are trying to do things this trip that we haven't done before so went down to the Lower East Side for lunch at Katz's deli. We had planned to take the train to Rhinebeck today and meet Doug's aunt Rena but got rained out, so Rena took the train down and spent the day with us. We all ordered the pastrami on rye and agreed that was probaby what Sally ordered. We tried to get a tour of the Tenement Museum but they were booked until the afternoon when Dougie and Rena were going to see Hedweg and the Angry Inch. 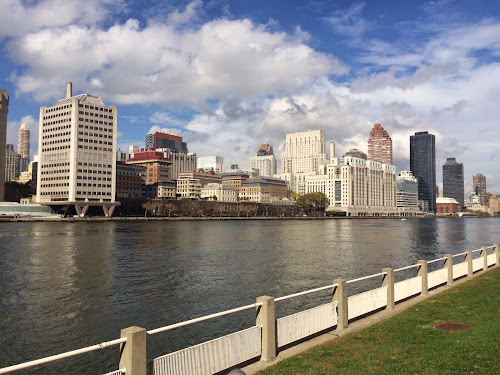 Instead took the subway up to Roosevelt Island, home of the New York Lunatic Asylum until the abuses there were exposed by Nellie Bly when she went undercover there for ten days, reported it in the newspaper and also wrote a book, saying if you weren't crazy when you got there, you soon would be. Bye bye asylum. The building languished and was torn down in the 60s, but the dome was incorporated into one of the luxury condominiums that now fill the island. That's Manhattan across the East River. 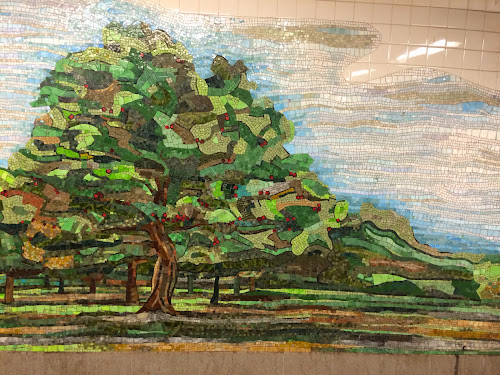 The public art in the subways is spectacular. My son Matt is a tile setter and has recently turned his hand at mosaic tile art so I was taking pictures and texting them to him. This was from about a 12' mural at the 12th Street Station. I later found a webside of NYC public subway art and sent it to him so now I'm free to enjoy the art without taking photographs. Bigify to see the impressive details. 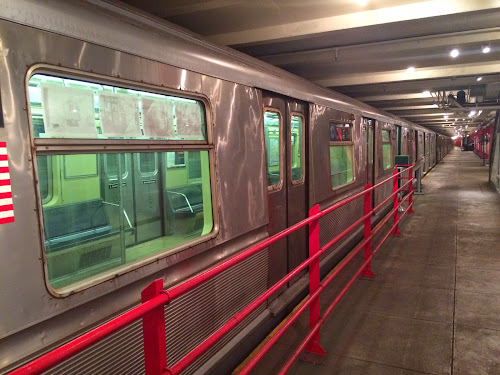 We also took the train under the East River to Brooklyn to visit the MTA Transit Museum. The marvels of public transportation here are inventive and mind boggling. 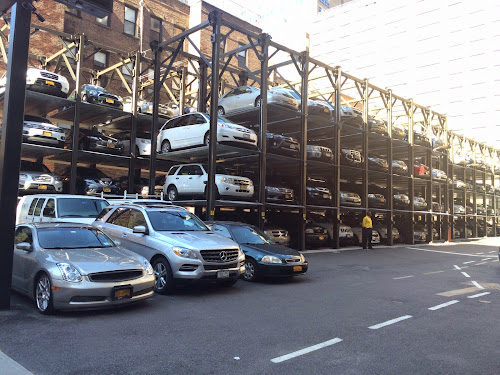 I thought this parking lot mind boggling and inventive too, though I don't understand how it works. I posted this picture to Facebook and our friend Diana, who is a LA city planner, commented that they're trying to incorporate these into their city. 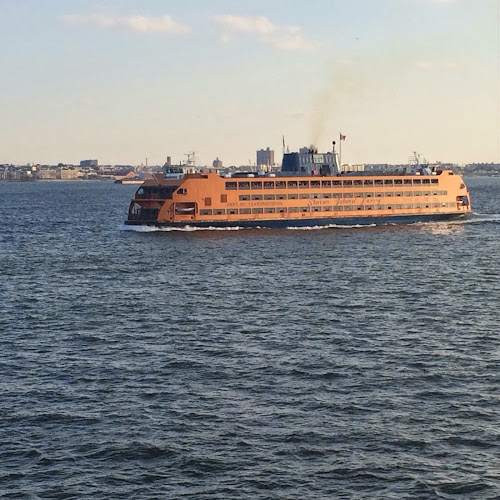 We finished that day by taking the Staten Island ferry which is free. We went over, disembarked, turned right around and filed back on with all the jostling hoards and were quickly underway again - most efficient and really very interesting. 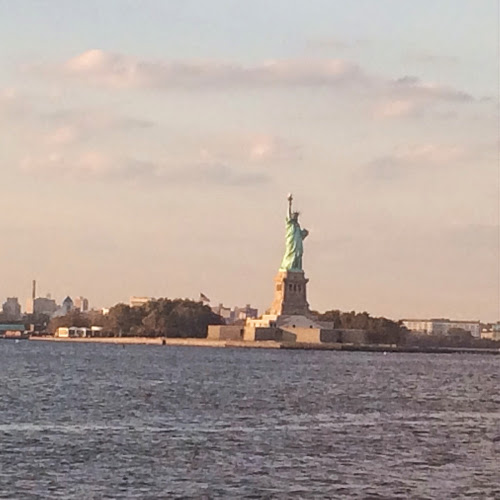 We went right by Lady Liberty as we expected. 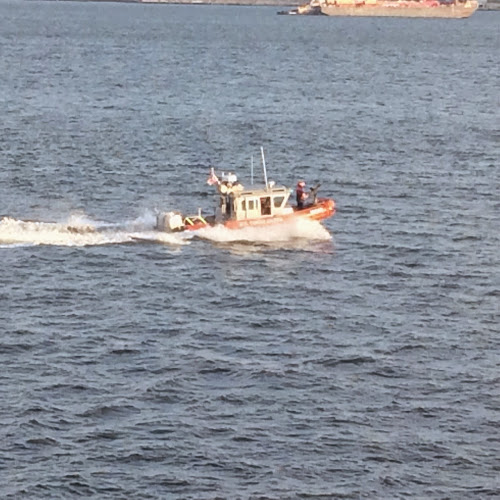 We didn't expect an intermittent Coast Guard armed escort. Check out the guy in the prow with his hand on a 50 caliber machine gun. I've since learned that this is standard ever since 9/11, which seems a little like closing the barn door after the horse got out. 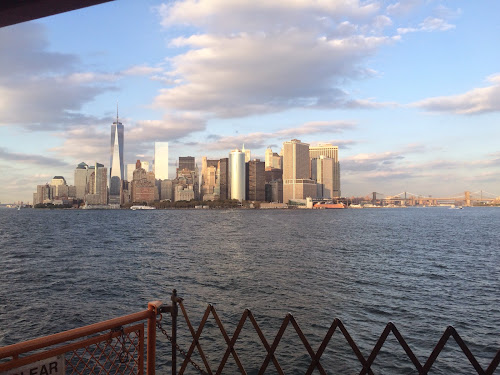 The view of the city on return was breath taking. We were fortunate that the rain had stopped. I can't blog again until I find some WiFi so I can upload the photos from my phone. We don't have WiFi in the apartment so I am using my phone as a hotspot. When is a cell phone not a cell phone? When it's a hot spot!

Posted with Blogsy
Posted by Sharon at 8:43 AM