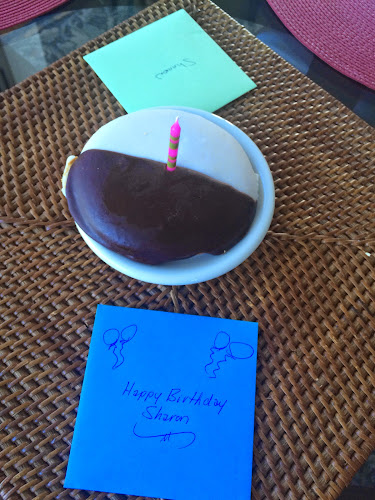 Sunday was my birthday so when Ian and Kerry walked down for breakfast bagels, they bought a black and white cookie for my birthday cake. This is a common bakery item in Jewish delis and the subject of a Seinfeld episode. Kramer kept asking, is it a cake or is it a cookie? 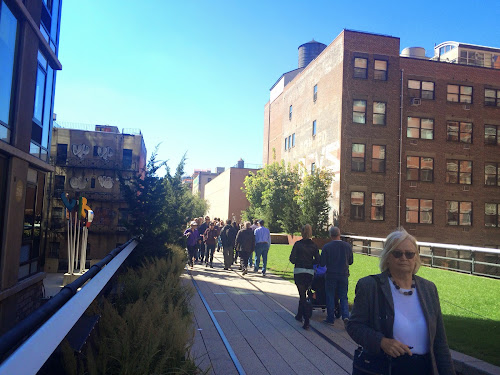 Ian's son Doug flew in late the night before so after we walked Kerry to the Port Authority, we went to the Chelsea Market and took a walk on the High Line, which is a city park from a reclaimed elevated railroad. It was a holiday weekend, Columbus Day which is really big here with all the Italians, and a beautiful day. There were lots of walkers. 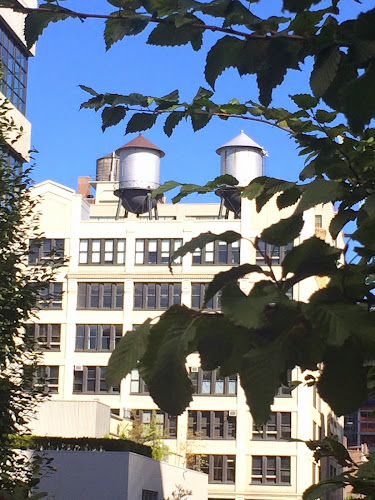 Water towers are part of the city silhouette and required for fire protection on buildings above a certain height. 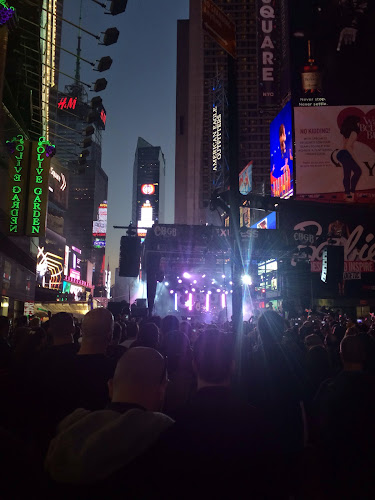 Our afternoon plans were A Gentleman's Guide to Love and Murder, the delightful Tony-winning musical. We came out of the theater to hear a free concert in Time Square in progress. Robert Delong, an "electronic" musician was playing and he was followed by Jane's Addiction. It was fun but loud and Ian and I were tired, so left Dougie who wanted to finish the concert. We were surprised to enjoy Robert Delong but Perry, Jane's Addiction lead singer, isn't singing so well these days and one song was enough for us. 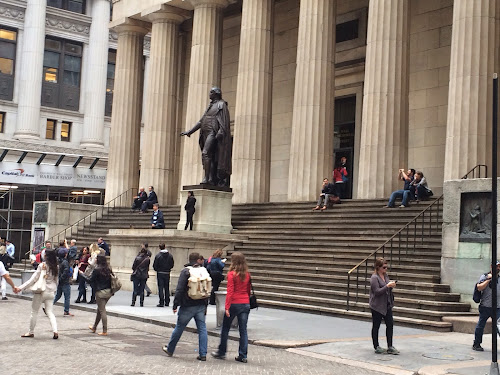 Our plans have been very loose, other than our matinee play tickets. Dougie wanted to see the police museum on Wall Street, which is a area we haven't been to yet. Right across from it is Freedom Hall which is where Washington was inaugerated and was America's first capitol building. Check out the men in suits on the top step. 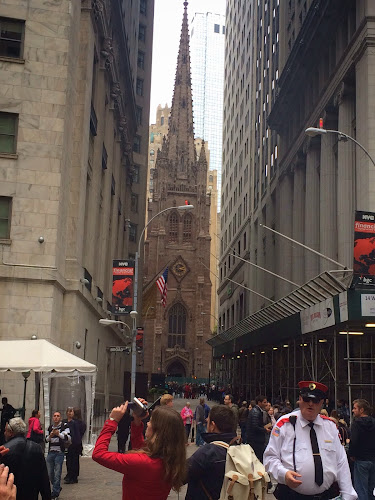 That's Trinity Church at the end and the large builing on the left is the stock exchange, kitty-corner from Freedom Hall. 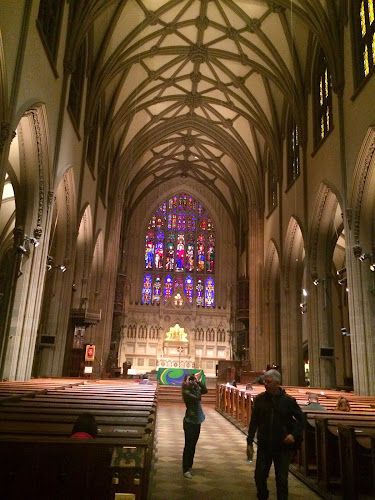 The original church was built by the British and was Anglican. It was destroyed by fire twice and the current church was erected in the 19th century. I had only seen it from a distance in the past and had no idea that it is so big. 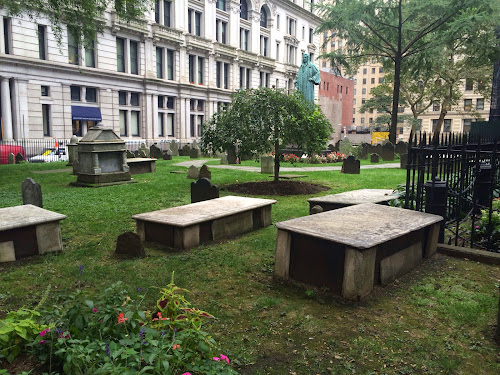 The church cemetery is a who's who of American history and is where Alexander Hamilton was bured after his fateful duel with Aaron Burr. I'm not sure how being dead defended his honor. I guess it's a guy thing. 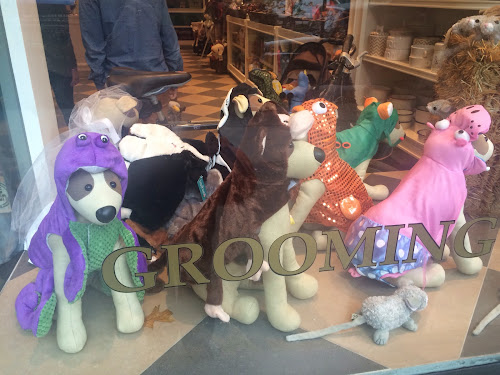 We ended the day by taking the subway up to Zabar's for cheesecake and passed this shop. There are little dogs and dog walkers everywhere we go. This shop caters to those owners. Only in Manhattan! 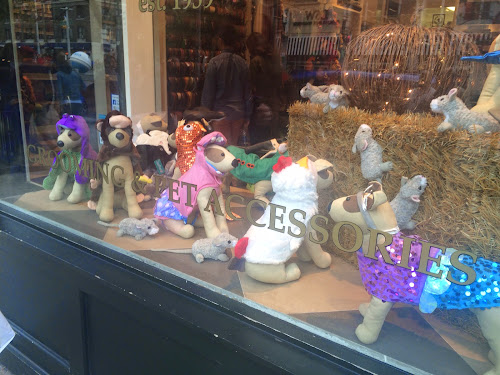 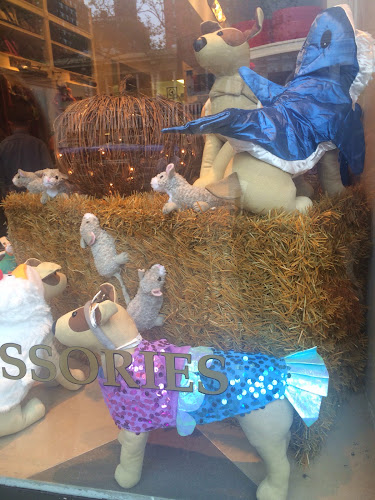 Posted with Blogsy
Posted by Sharon at 5:52 AM

A belated Happy Birthday! what a wonderful way to spend it!

Happy Birthday! Looks like you are having a Grand time in the Big Apple - I hope the rest of your trip goes smoothly.

69 degrees and pouring down rain tonight here in B'ham - It got up to 75 degrees today - I think we broke temp records! It was lovely while it lasted. :-)