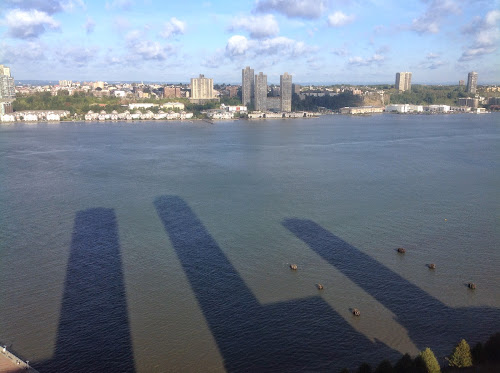 We arrived at La Guardia about midnight last Tuesday and took a cab to where we're staying on the Hudson River. This was the view that greeted us the next morning. It's fun to just sit here and watch the ships going up and down the river. 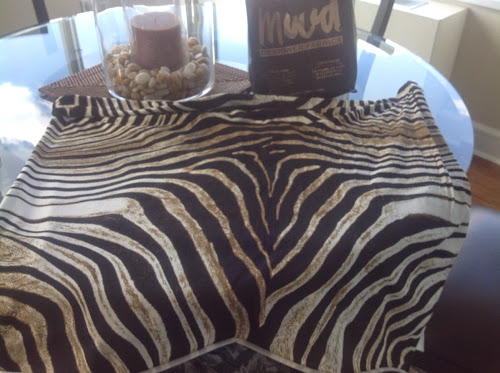 We didn't have anything planned for Wednesday so went to Herald Square for lunch at a Korean Fusion restaurant where we've eaten twice before - still just as good as ever. And of course, since we were right there, it seemed a shame to not visit the mothership of Macy's, right across the street - well, almost right across the street. And then since we were so close to the Garment District, it seemed a shame to not visit Mood. I've like the t-shirts I made from unusual knits bought there in the past so thought I'd pick up a couple more pieces. However, once I saw this zebra print, it's the one I wanted. Actually, it was the only one I could afford since it was the bottom of Just Cavelli's line at $25 a yard. It was sold by the pattern instead of yard, so I either could buy 1 1/4 yards or 2 - $50! So that's how I spent the money I just made selling wool and soap the day before we left! 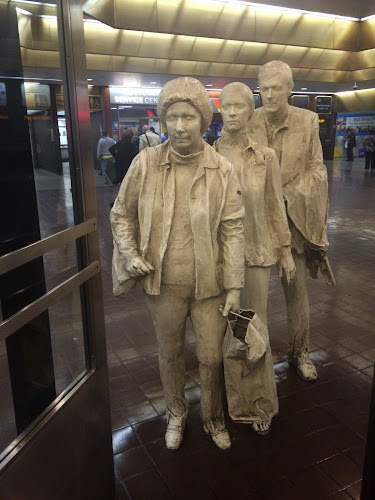 Thursday afternoon we walked over to the Port Authority from the Time Square transfer station to meet the bus friend our Kerry took in from Pennsylvania. There is no way to describe how massive the Bus Terminal is. It's all underground with more than 200 gates, serving all the Eastern Seaboard. Think of it - each bus holds 100 people and each gate has multiple busses every hour. This is the George Segal sculpture at the Port Authority Bus Terminal. Pretty telling. 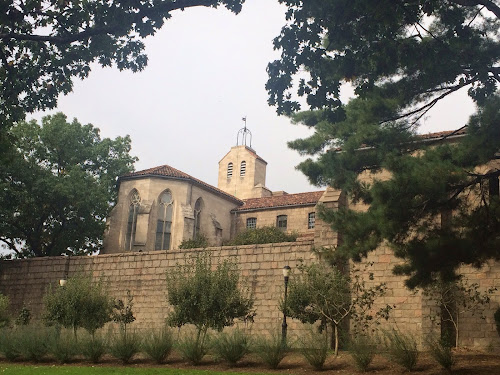 Friday we took the subway to the top of Manhattan to visit the Cloisters, the Metropolitan's museum of Medieval art. 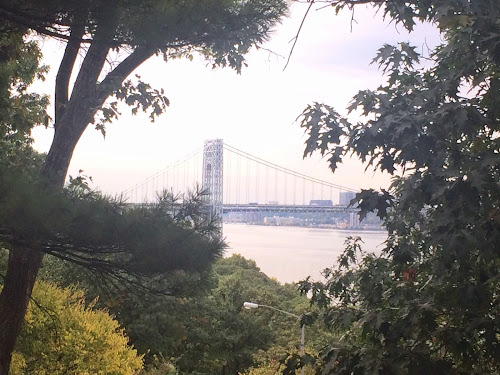 The whole NW corner of the island is Tyrone Park, a gift to the city from John D. Rockefeller, one of the Met's most beneficient patrons. When you're there, it's hard to believe you're still in the Sity. We are looking south toward Washington bridge. This area is named Washington Heights because it was Washingtons last dedoubt against the British during the Revolutionary War. 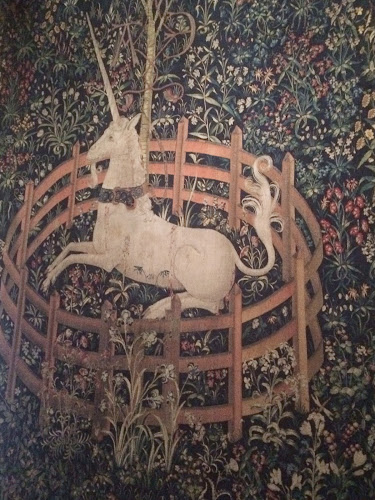 This museum is home to the famous unicorn tapestries which were my favorite exhibit. They have done a color analysis and determined that all the colors were derived from a simple palette of weld, madder and wode - yellow, red and blue. I've dabbled in using natural dyes and am astonished by the many colors and how uniform they are throughout the seven tapestries. You could easily lose an entire day here - there is so much to see. 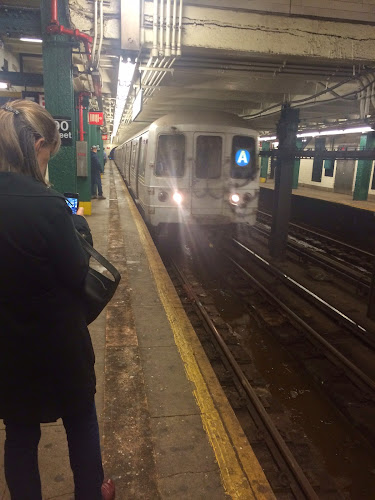 We took the A-train and Ian said we'd get off at the 96 Street subway stop to eat at the Peruvian restaurant called Pio Pio. He has the subway pretty well figured out so was astonished as we zipped past 96 Street. We'll get off at 72 Street and just double back,, he said. When the train finally stopped at the Columbus Circle transfer station, he realized the significance of Duke Ellington's song, Take the A-Train. It's an express train to Harlem which starts about 125th Street and it's the train the exhausted Black domestics took home after working all day for minimum wage in the City. 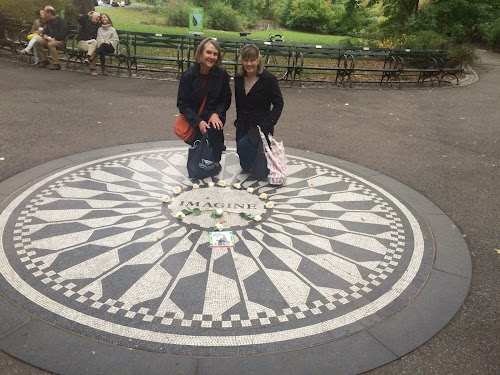 We transferred to the 1 train and went back up to 96 Street anyway. We enjoyed Pio Pio very much. One of my aunts was a principal at a Chinese school in Lima so when I saw the Peruvian style Chinese Rice, I knew what I was going to order. Kerry has never seen the Dakota so after dinner we walked over to Central Park to Strawberry Fields. As usual, the mosiac was packed with people leaving flowers and taking photos. We followed everyone else's lead and knelt behind "Imagine." We didn't realize until later, that there's a white rose in front of each of our knees, which from a distance look like the tip of shoes. It appears that we have stubby little legs. This is something I'm sure John Lennon never imagined.
I just got my photos downloaded to my iPad from the iCloud this morning. Because I'm using my phone as a hotspot, it can't do both that and be a phone. Yesterday afternoon we used WiFi at the Grand Central Library where I was finally able to upload my pictures. Phew.

Posted with Blogsy
Posted by Sharon at 7:19 AM