Ready to Move On 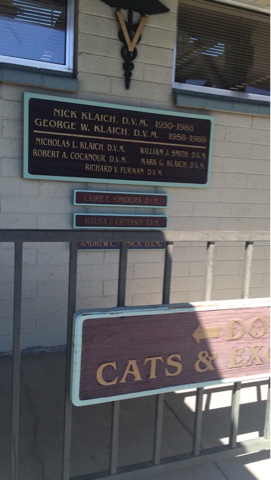 Maddie knows something is up and being the skittish cat that she is, she was hiding for long stretches of time.  She came out of hiding on Saturday so we wrapped her in a towel and stuffed her in her crate.  She was most unaccommodating but is now at kitty camp.  It's been much easier to pack since we don't have to worry about leaving doors open. 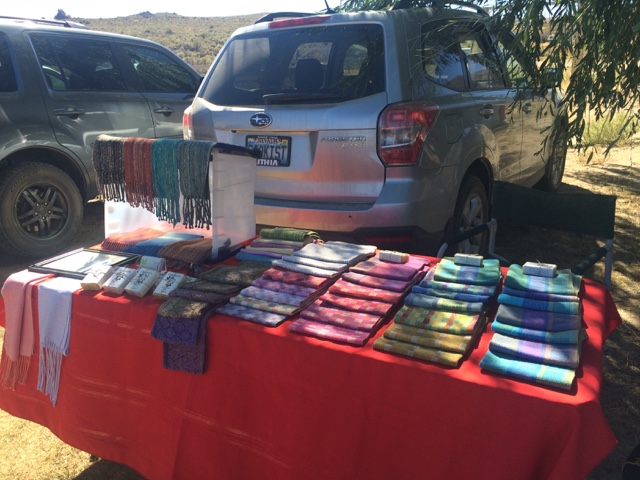 Sunday was the last of our Red Rock valley farmers markets and the weather was perfect.  I have a loyal fan base here and it's going to take me a while after we move to find a sales outlet.  That actually might be a good thing since I will have time to build up my inventory.

I took these photos with my iPhone and accessed them through the iCloud.  For some reason only the left half of the photo displays unless you click for big.  I'm still trying to work out how to take photos with iPhone and use them in Blogger.  It's difficult to get these two to work together, but the pictures from my phone are better than the pictures from my point-and-shoot. 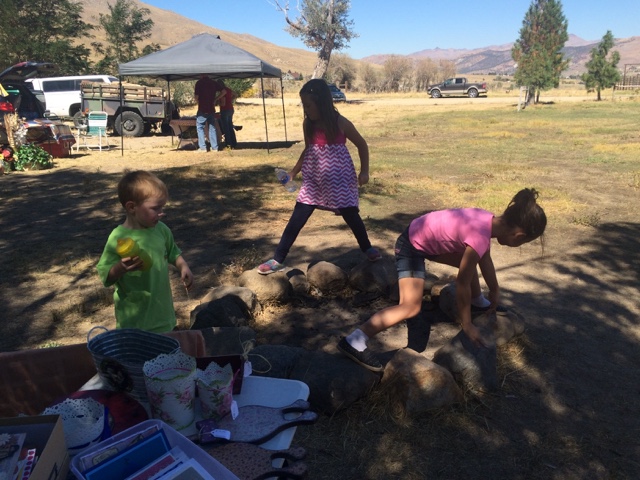 The kids cracked me up.  They made a complex game out of the stones around this old fire pit, assigning points to how many stones they could negotiate in a step and more.  They were very serious about the maneuvers and scores as I heard them evaluating their moves.  I thought - who needs an expensive climbing wall?!! 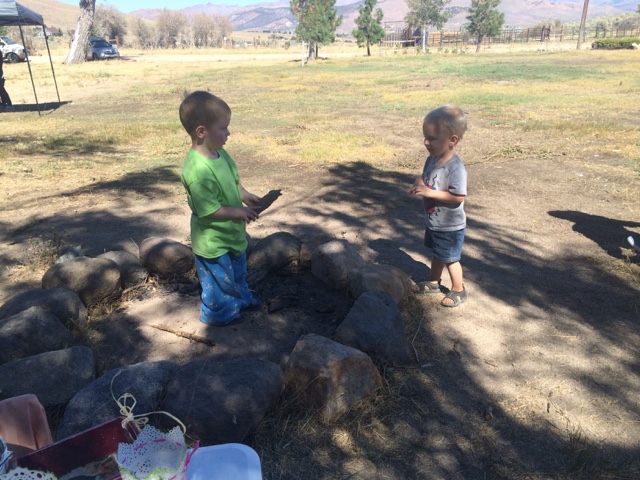 These two little guys found endless amusement sword fighting with sticks.  Nervous moms kept a watch on them though there seemed to be an equal amount of running involved.  Running with sticks is against all the safety rules! 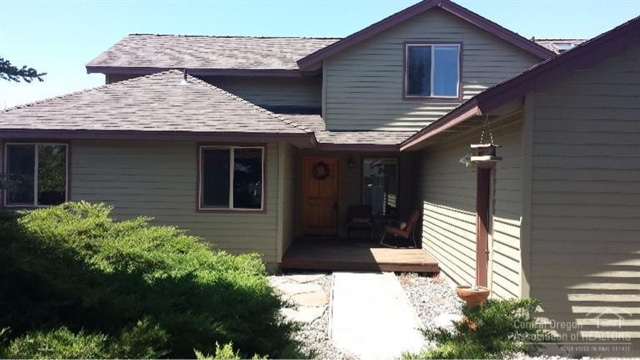 This is the house we're buying in Oregon and where we should be living a month from now.  The people that Ian worked with in the Union are taking us to lunch today.  The movers will be here the next two days to pack up everything in the house though the moving van isn't coming until Monday.  We're still trying to figure out how we'll camp out here during those days.  We sign our papers on Friday at the title company and escrow closes next Wednesday.  It's been a whirlwind from start to finish, beginning June 20th and ending September 30th! 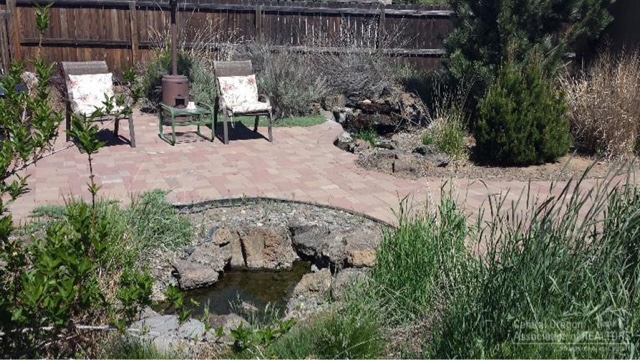 This is one of my favorite things about the yard, a reading area next to a water feature.  I have to drive in to Reno on Monday to see my neurosurgeon and we're staying with our friends Carol and Harry that night.  I'll drive in first thing the next morning to collect Maddie.

Tuesday, September 29th marks the second anniversary of my broken neck.  Two years later, on this 29th I will be driving to Bend with a cat and a dog in my car, ever thankful for the recovery I have experienced.   We had Ian's truck serviced and he'll have the other dog.  I'm ready for the next step in this adventure.

Wishing you all the best in this new journey. Can't wait to read the next installment!

Wow, this IS fast!

Congratulations on your move....LOVE the new house and the back yard area. I can just see you spinning outside with your morning coffee!

I am a weaver in Bend and hope to get a chance to meet you.
Stephanie S

Best of luck to you. Travel safely!

The house looks lovely and the backyard is so relaxing. Maybe it will be the perfect place to get back to the spinning wheel. I hope your trip is uneventful and the move goes smoothly.