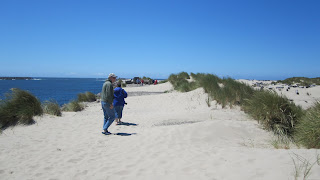 We took a stroll on the north jetty of the Siuslaw River which is about a mile from our campground. Amy wanted to take photos from the end of the jetty. 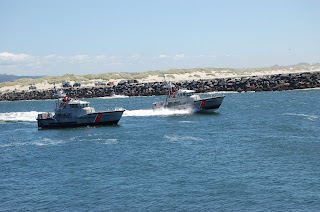 There is a nearby Coast Guard Station and once they started doing exercises, they had my undivided attention. My dad used to take me to the Naval shows at the North Island Naval Station when I was growing up and I am an absolutely sucker for anything like this. 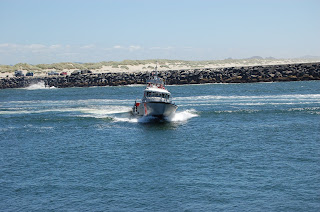 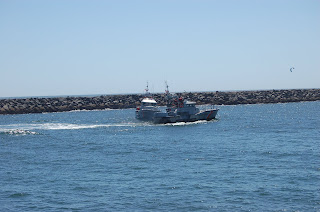 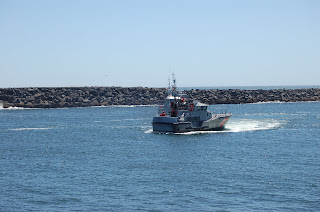 I ended up with photos on three cameras, which makes photo management kinda messy. I absolutely hated to have to leave. When will I see a show like this again?! These boats can move forward and backward and repeat - it's like a boat dance. I knew I was holding up our plans. 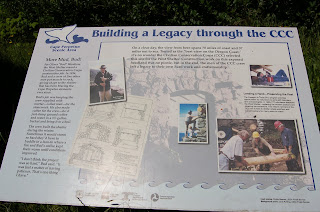 A return visit to Cape Perpetua was on the top of our list. The last time we had been there, the fog was so thick that we were able to see very little of the area. This was a CCC camp during the WPA era, evidenced by the many bridges and campgrounds along this stretch of coastline. 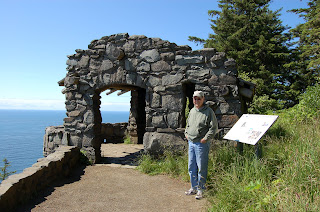 We were eager to see the Stone House they built as a scenic lookout. These stone walls are along the path all the way up. They didn't do it the easy way and it's still standing. 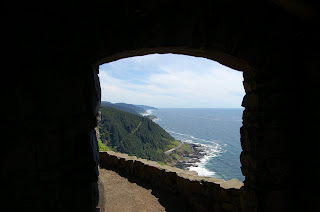 From this vantage point you can see 70 miles down the coast. I know I said I wasn't going to show scenic coastal pictures but I lied. 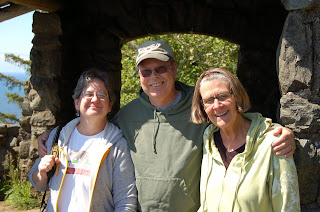 Some tourists asked if I'd take their picture and in return they offered to take ours. I'm usually on the other side of the camera. 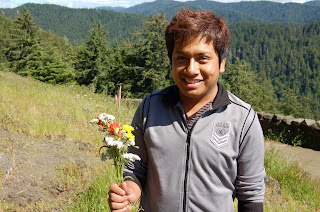 We were returning to our car when I noticed a group of young Latino men, sitting on the wall chatting and one was forming a bouquet of flowers. I asked him if I could take his picture and he obliged, then gave it to me. I was disarmed by his gentle artistry. 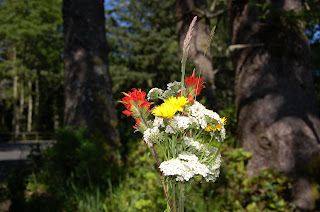 A florist couldn't do better. We thanked him, got in the car with the flowers and drove away. Ian disposed of them in the first trashcan - I'm sure those flowers were contraband and totally illegal, but I have the image to keep.
Posted by Sharon at 10:08 PM

I love those phots of the coast line and I would have joined you in watching the Coast Guard practice. What a lovely day you must have had.

What beautiful views of the coastline!

Thanks for sharing your photos! The CCC work is beautiful!

That was so cute of the guy to give you the flowers. What a kind gesture.