A Visit to Newberry Caldera 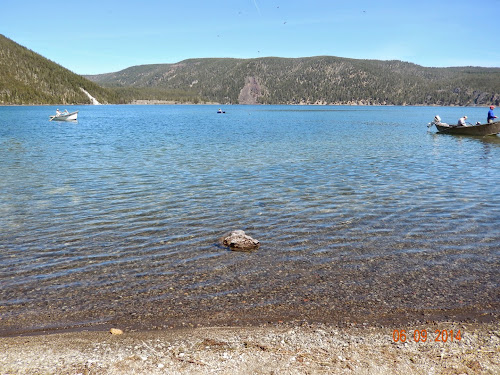 Josh took Monday off work and the three of us drove up to Newberry Caldera, the largest active caldera in North America. It's so large that it has two lakes, both great for fishing but here at East Lake the fish were jumping out of the water and Josh was jumping out of his skin. The water was so clear we could see them swimming around that rock. 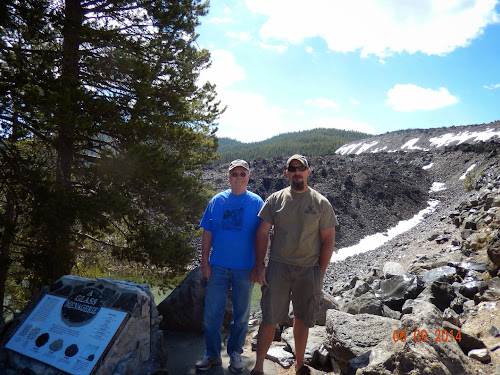 We stopped at the massive obsidian flow. You can see part of it behind Ian and Josh but it wraps around and is also behind me. Signs were posted everywhere, Taking of Rocks is Prohibited. 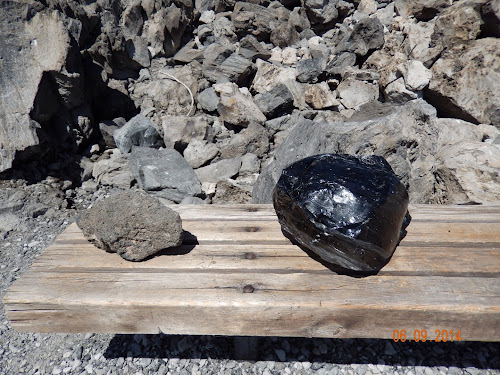 Someone had left these two rocks on a bench. The pumice on the left weighed about six pounds and I have no idea what the obsidian on the right weighed because I couldn't budge it in the least. Josh lifted it and estimated the weight at about 60 pounds. I'm fine with not taking the rocks. 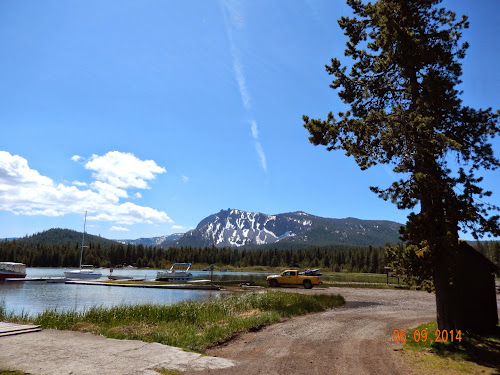 This is Paulina Lake and Paulina Peak, named for a Paiute chief and pronounced puh-line-uh. It's the larger of the two lakes and the site of rental cabins and the lodge, which is where we ate a surprisingly delicious lunch. People were fishing here but not nearly as many. 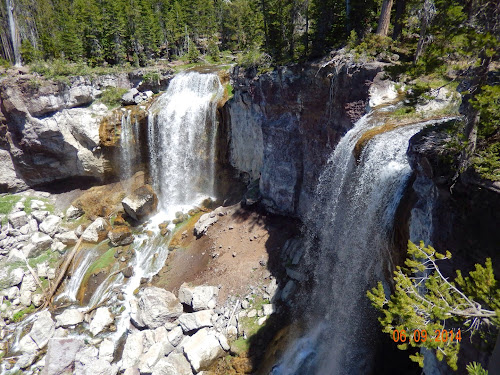 Paulina Falls has a display board calling attention to the soft material under the falls and how the river is eating through and dropping chunks off below. The bottom of the falls is much further to the left and much deeper. There were adventerous types walking under the falls when we got there and gone when we left. I hope they left by foot! 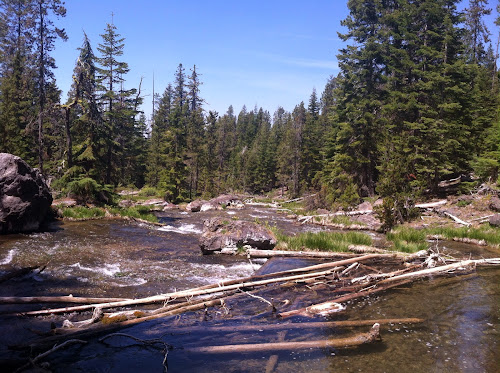 Josh could see an observation station on the other side so wanted to walk upstream in case there was a footbridge. We never saw one and I was very relieved that he wasn't tempted to walk across. 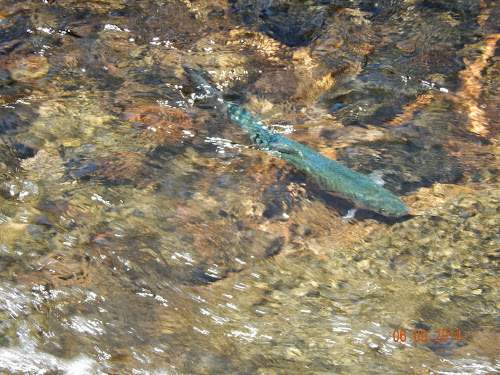 We were surprised to find trout above the falls and really surprised at this bright blue guy. He's about a foot long and that is his actual color. 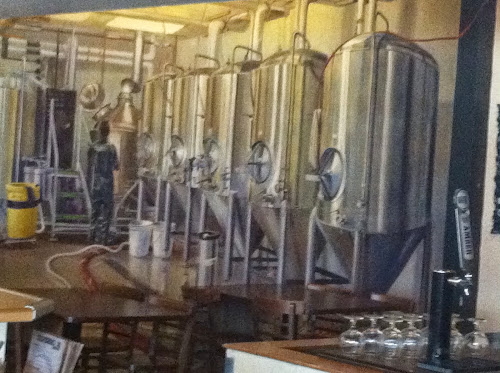 We got back to Bend a little too early to pick Logan up from school so killed some time at Silver Moon Brewery. It has recently changed hands and the new owners are spiffing up the place with murals. I was fooled by this trompe l'oeil, and when I put it on Facebook, DIL Missy was fooled too. This is a mural!

Posted with Blogsy
Posted by Sharon at 8:58 AM

I've never heard of that caldera; gotta put it on the "must see" list!

Fooled me as well!

Goodness that water is clear, and those fall are so beautiful. I can almost hear it from here. I'll bet it was hard to leave.