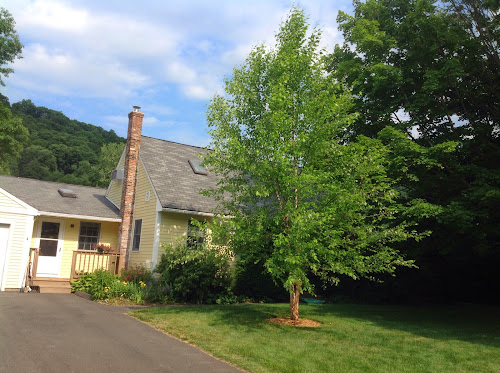 John's parents moved into this house when he was six months old. Later they adopted another boy, so this is where he and his brother grew up. 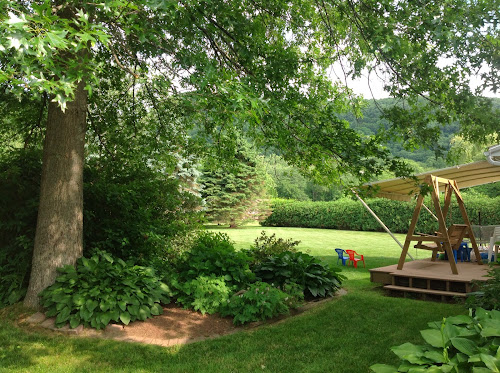 The yards are unfenced in this small development so it feels like a park to me. In fact, I'm sitting on that deck right now with a cup of coffee accompanied by at least a half dozen different bird songs. 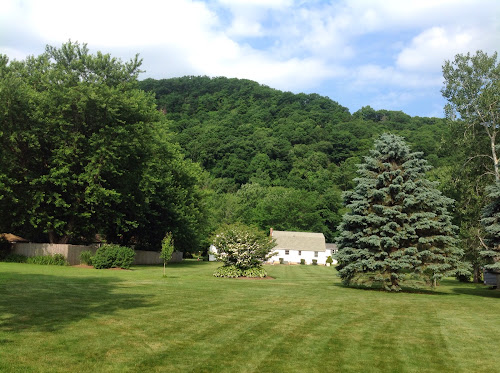 The ceremony will be right here in the backyard with Sugarloaf Mountain as a backdrop. John's dad Paul will officiate the wedding on Saturday, and tomorrow is when we roll up our sleeves to make this happen. Chrissie and I bought the cupcake fixings and will bake tomorrow, frost on Friday. 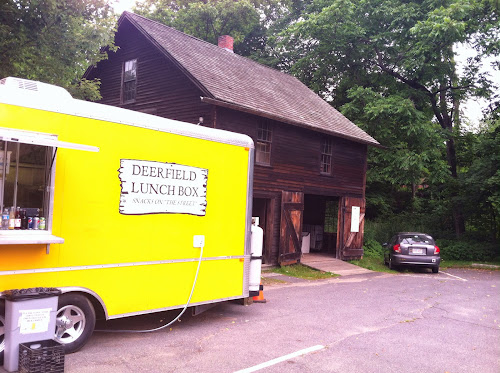 Everyone was otherwise occupied yesterday so Chrissie and I spent the day in Historic Deerfield. It's a fastinating museum of American history, beginning in the 16th century. We got there at 10:45 and started on a walking tour at 11:00. Main Street is a mile long and the only time we got to sit down before we left at 4:45 was our lunch break here. We had four guided tours. During lunch a main-office employee overheard us and offered to answer questions, which turned into a fifth guided tour!
We were in MA last year for a week after Olivia was born, and spent a Saturday here, during a historic reenactment. We wanted to come back. I think the draw for me is that it's a microcosm of American history. It was already established and suffered a devastating raid in 1704 during a French and Indian Wars raid. And during the Revolutionary War, their Yale-educated minister, Pastor Ashley, was one of the main community leaders and also a strong British sympathizer. He hung a picture of King George over the mantel - not too subtle. History and dates come alive when you can put a face on events. Even after six hours, we couldn't see it all. It shares space with the Deerfield Academy and the movement to establish a museum didn't begin until the 1940s. They currently own 54 structures. Great fun! www.historic-deerfield.org 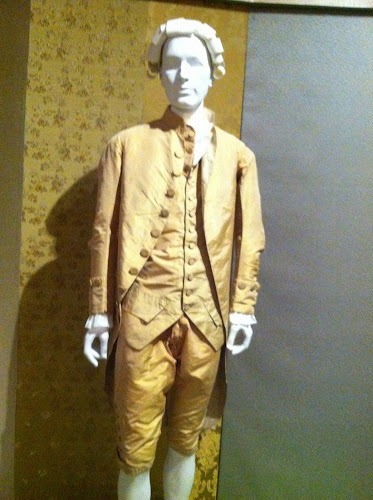 The Flynt Museum has a textile exhibit and unfortunately we "saved" that building for last, when we were almost too tired to talk coherently. This suit is a plain weave taffeta, with a pink warp and yellow weft creating an iridescent cloth. I'm taking an iridescence workshop in October and was fascinated by it. 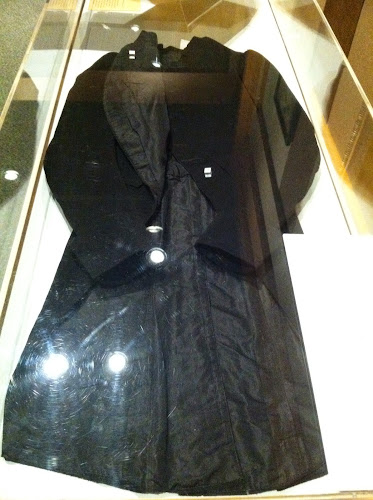 Because of the glass and lights, I was unable to get a better photo of this waistcoat. It's Broadcloth, a plain weave wool, which is fulled so the tailor doesn't have to hem the cuffs or bottom. The fad was to fit the body to the gentleman so carefully that below the waist, the material had to be cut away. This only left the coat tails and is how that fashion came to be. I had no idea! 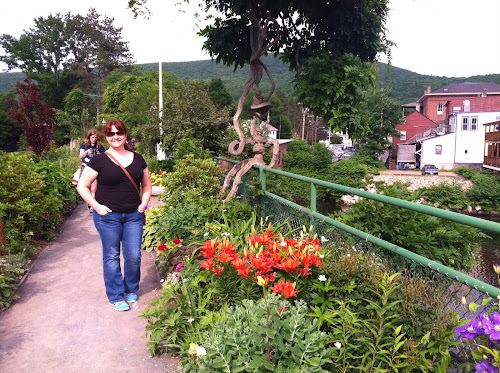 Everyone kept telling us we absolutely had to drive to Shelburne Falls and see the Bridge of Flowers. This is it - a trolly bridge turned into a walking path and garden by volunteers. I'm reminded of the High Line in Manhattan. 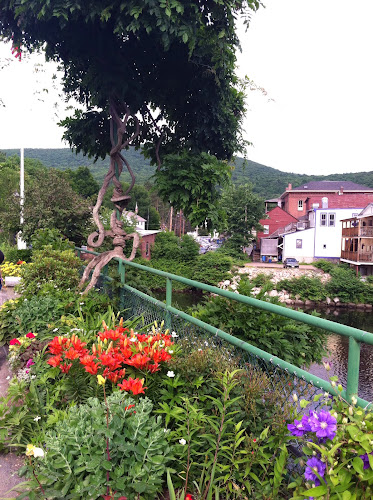 There are two separate communites, one on either end of the bridge which flows over the Deerfield River. 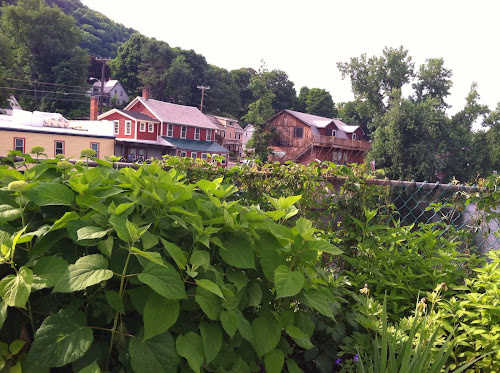 We ate at the West End Pub, the yellow structure on the left, and had a window seat next to the bridge. Great view, good food. The bathroom is through the kitchen and down a long flight of steep stairs. It has to be close to river level - the west wall is just rock. I noticed a high water mark at the top of the lintel, noting the water level from Hurricane Irene on August 28th 2011. 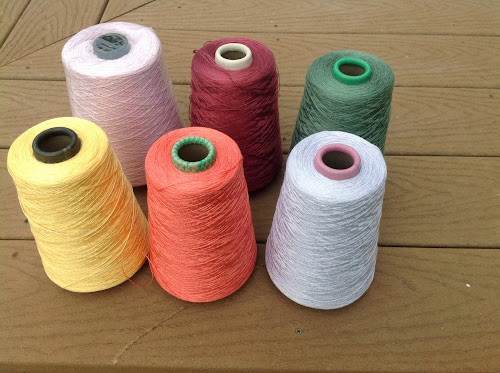 I did fit in a visit to Web and bought six cones of yarn. I realized this morning that it doesn't matter if they fit in my suitcase. It can't exceed 50 pounds, so I might end up with of these in my carry-on bag.

Posted with Blogsy
Posted by Sharon at 7:27 AM

Thanks for the walk back in time. Every year we went to either Deerfield or Sturbridge Village as a school trip and every year to Concord/Lexington battle field. Deerfield is beautiful. Do they still have one of the houses done in that impossibly bright blue?