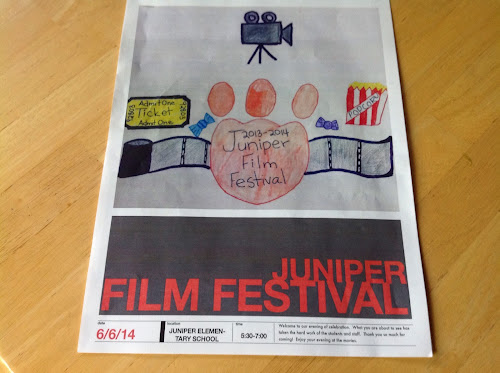 We left Reno Friday morning, had lunch in Lakeview, and arrived in Bend about 3:00, just as Logan was getting home from school. It's hard to believe he'll be in high school next year. Josh got off work early so we could attend the Juniper Film Festival, which is a program at the school where MIssy teaches and also where Evan is finishing fourth grade.  The event is so well attended, we had to park a quarter mile away and walk up to the school.

Every class makes a half-hour video which has two showings so that every parent and family member can have to chance to see them. Evan's class made stop-action Lego movies, and although they were only two minutes each, it took 2-3 months to create them. Every child from 3rd grade on is issued an iPad for school work. The classrooms were stiffling hot but what I'll always remember is how creative their films were. 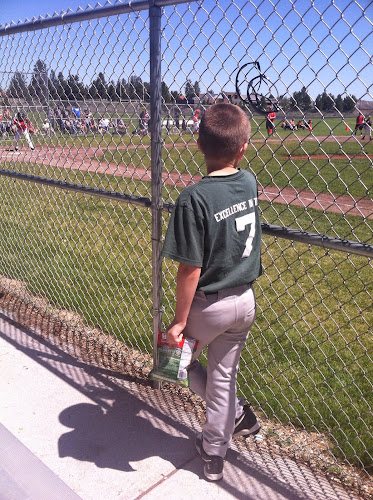 We went to Evan's playoff game Saturday morning. Because a team can only field nine, each child (it's a coed team) is required to sit out an inning. Evan's body posture says it all - his team is getting thumped as he helplessly looks on. Notice the bag of seeds :) 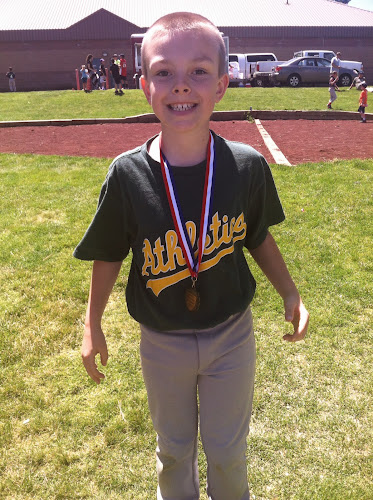 It was a hard fought game and they won! 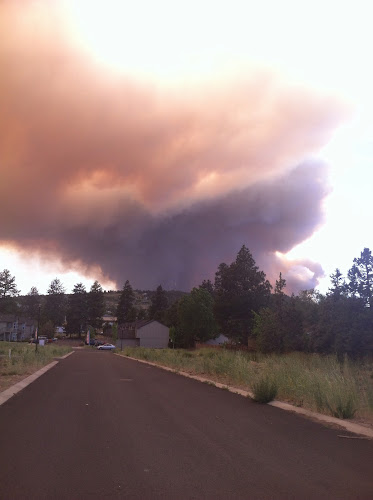 Son Matt and girlfriend Julie came to the game; afterwards we went downtown for lunch, then stopped by to see their new house. The small plumes of smoke on the west side of town tthat we had seen from Evan's game had grown to this extent by the time we got to Matt and Julia's. 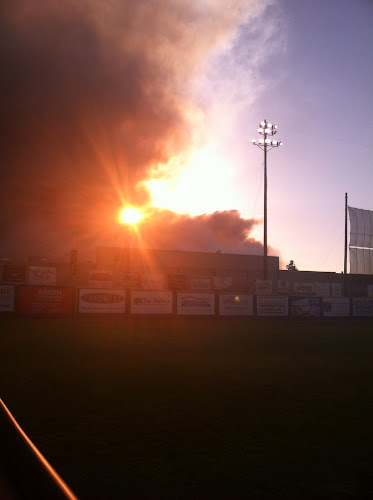 Logan also had a baseball game on Saturday which we had to miss, but we all went together to watch the Bend Elks game - they're a much loved summer league here. The fire eclipsed the sun creating an early sunset and along with the wind, it dropped the temps quickly. We didn't last the whole game.
Everyone was in one of the three stages of evacuation or knew someone who was. One of Josh's drivers called to say that he had been evacuated, couldn't get back home and didn't have a uniform which is required for work. Josh said, Come in - you've got your badge and we need you! Logan had his last game on Sunday and we were grateful to this lady for sharing her Easy-Up. There is no shade and only metal bleachers. We brought our own chairs and were disappointed when this little girl woke up and they gathered up their things for a 90 minute drive back to the Warm Springs reservation. We lathered up with 100 spf sunscreen and settled in for a prolonged game. There are a lot of over-throws and wild pitches on a 90' field.
Logan's team also won and the next time he plays will be as a freshman. This week has been all about baseball. Thursday evening, our last one here, we'll get to see Evan play for the league championship. 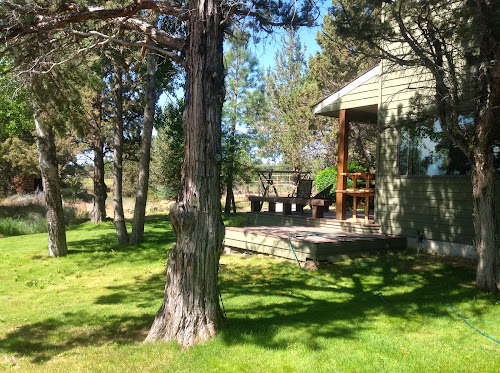 They bought a home on two acres last October on the east side of Bend so we've been relatively unaffected by smoke, though there has been some falling ash at times. When everyone is at work and school, Ian and I have enjoyed their park-like yard. As of this morning the Two Bulls fire is 40% contained.

Posted with Blogsy
Posted by Sharon at 8:30 AM

So glad they're making headway on that fire and no homes lost the last I heard.

So glad both boys' teams won. Fire like that would frighten the life out of me. I am praying that they get it put out asap with no one getting hurt.