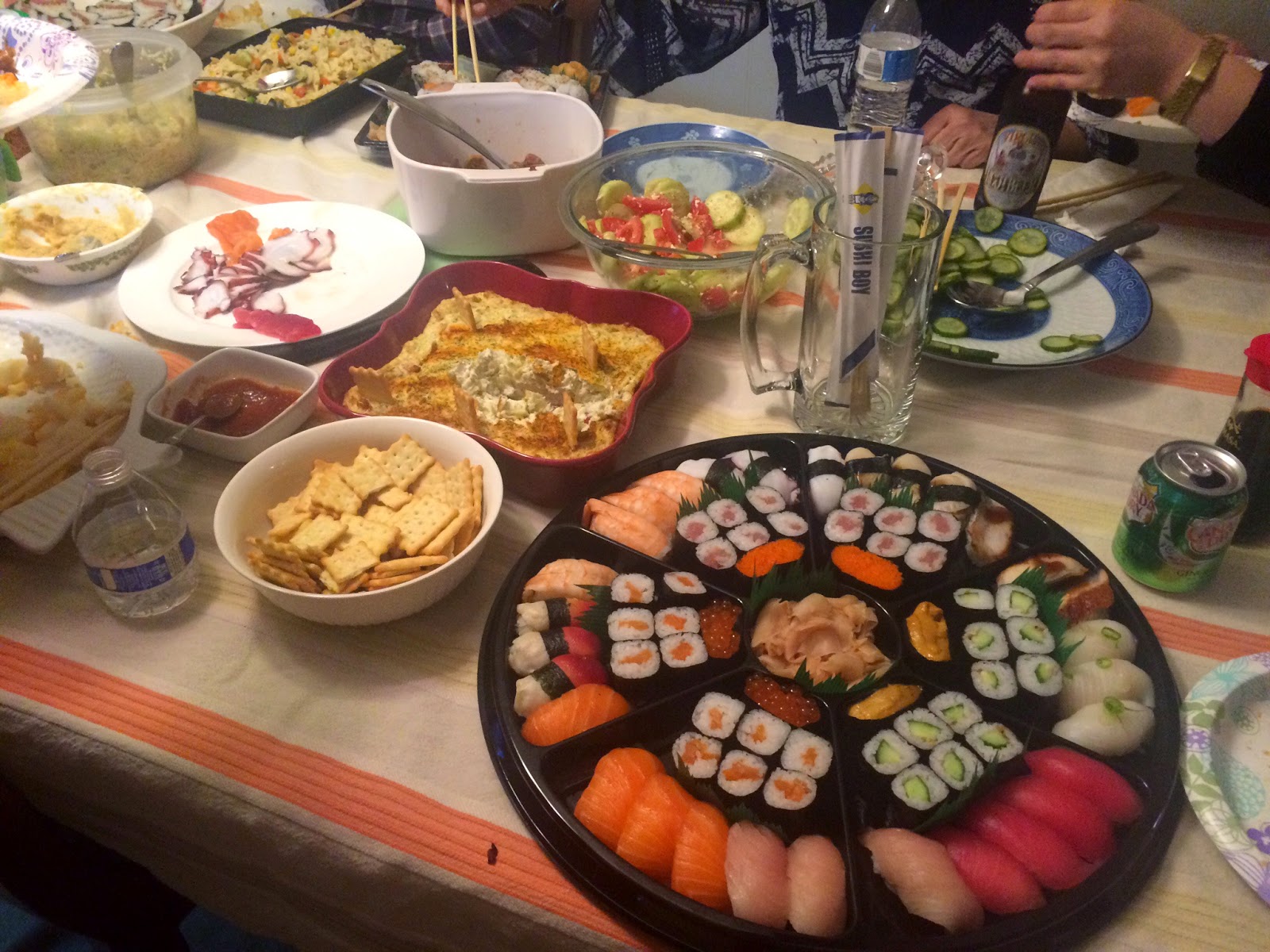 The celebration on New Years Day centers around sushi and tempura, since after all, we're in a Japanese home.  This party started about 1960 and Ian was there for the first one and I've attended since 1995.  Many of the originals still show up, though some have passed away.  The children are now parents, the college kids show up and there's a new crop of grandchildren. 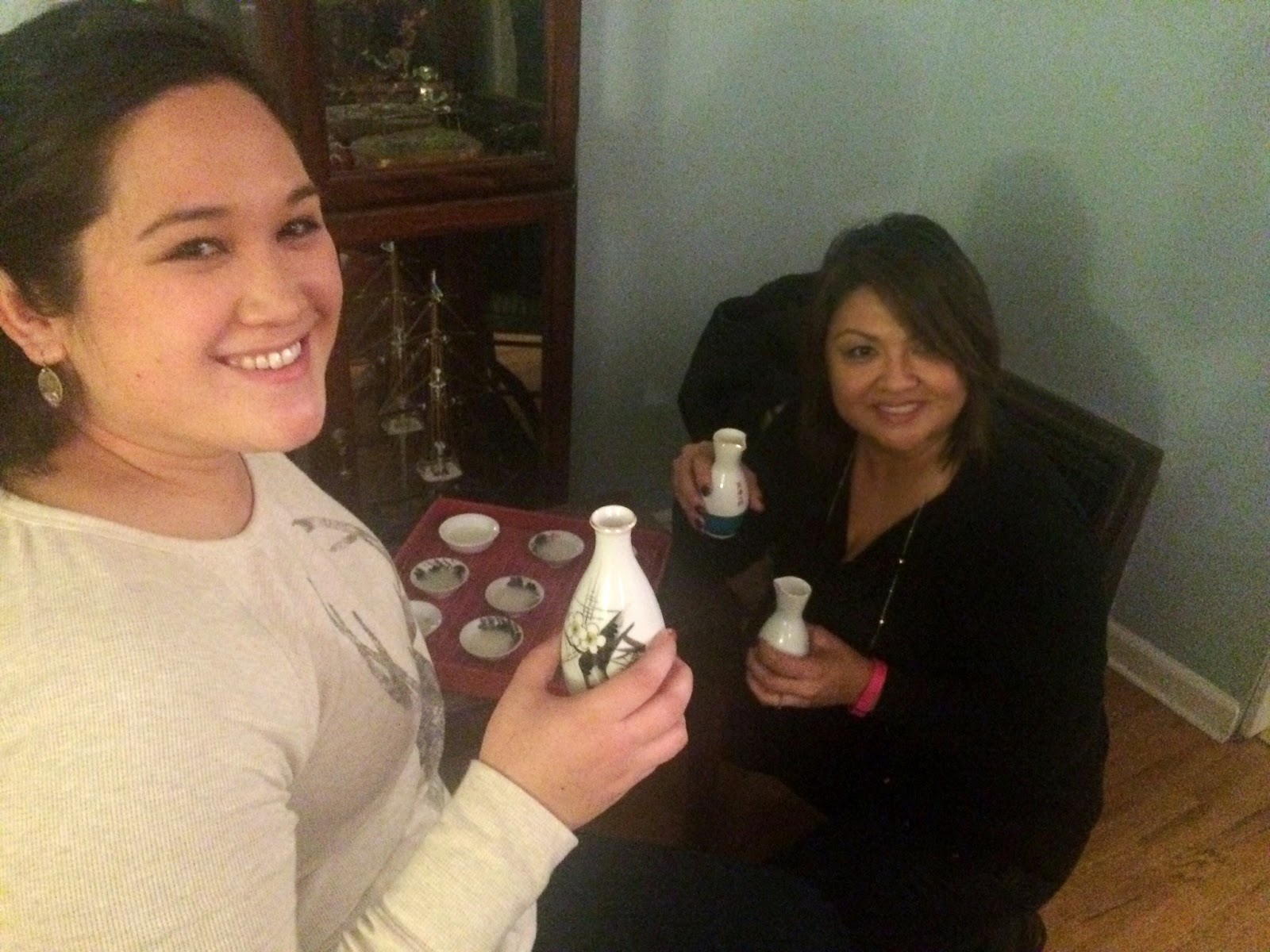 The sake toast is part of the tradition and this year Mineko and Angie passed it around.  There are three sakes, three cups and three participants in the toast to "past, present and future."  The "future" toast this year was coconut flavor, and as we put our cups back on the tray, Diana quipped, "Oh, the future tastes very good!" 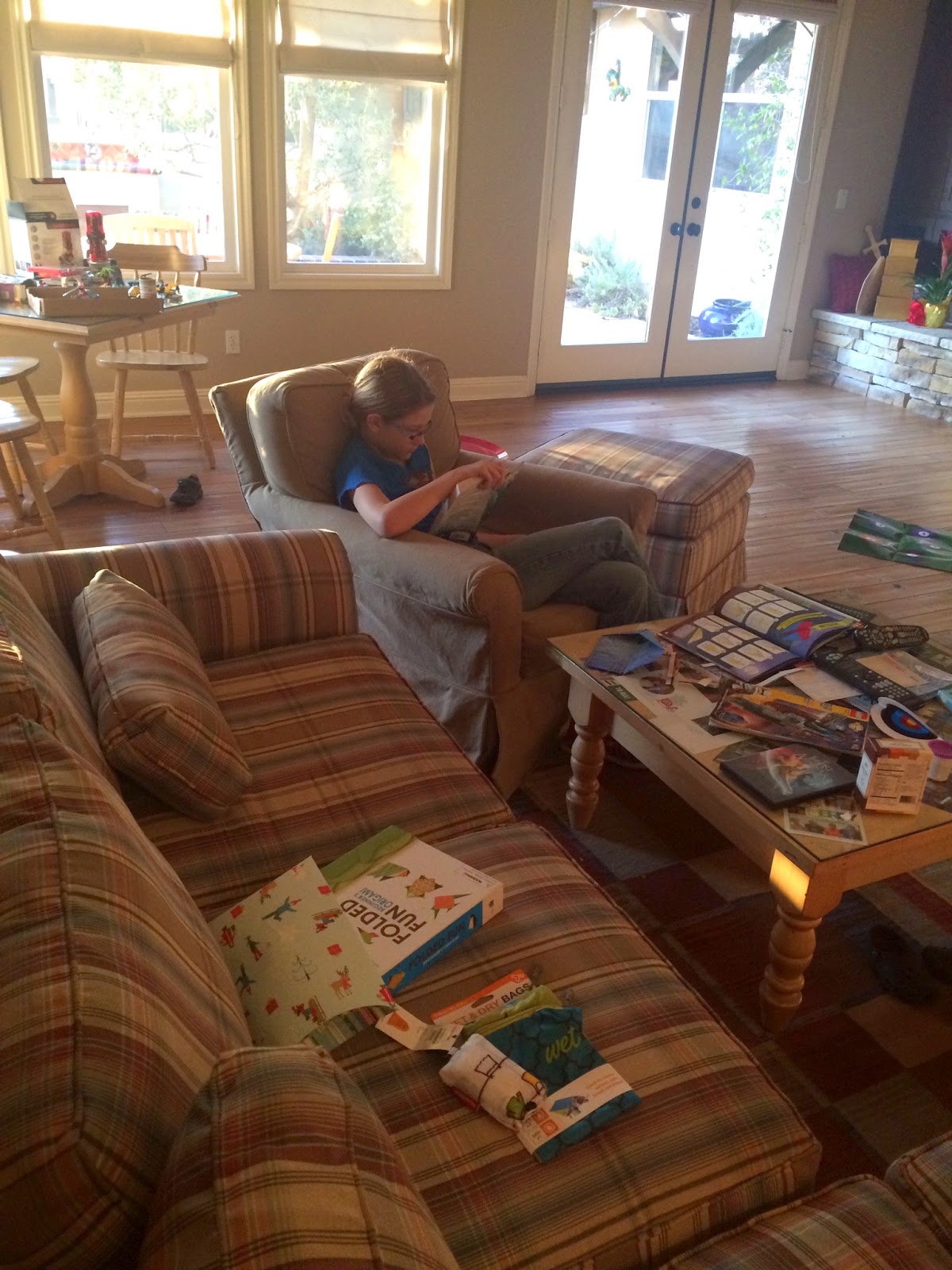 Thursday was the only day that wasn't fully planned so we took the girls to see Into the Woods, which we all loved.  Alexia is a voracious reader and when her parents dropped her off, they realized that we hadn't packed any books.  Ian and I remedied that with a trip to the indie bookstore, Frugal Frigate, and let her pick out three books.  Sis declined, saying that she wasn't really interested in books. 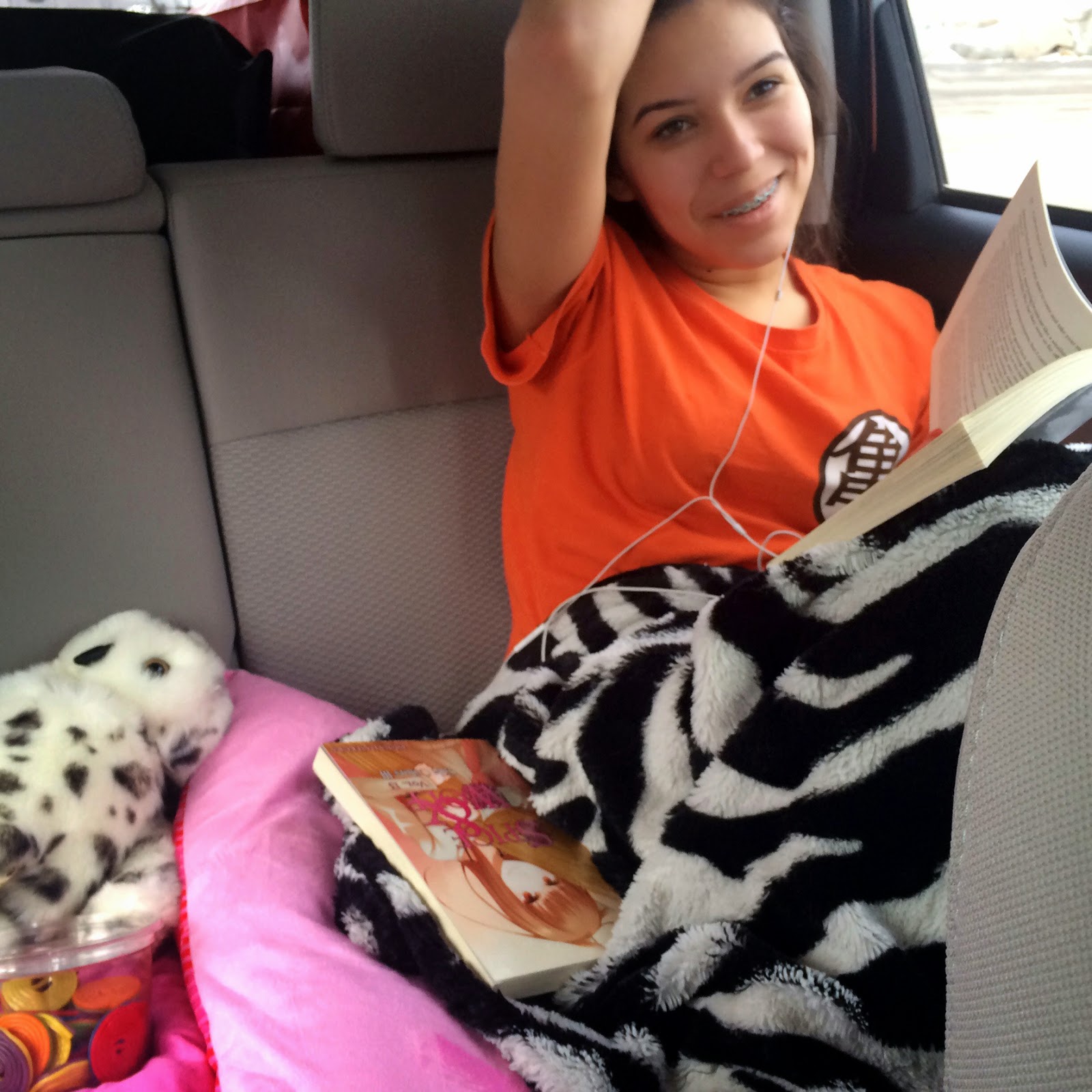 We decided to drive home in two days instead of driving straight through, so Ian made reservations in Modesto but we got there right at 4:00.  Alexia had polished off two of her three books, so after unloading our luggage, we made another bookstore stop, this time to Barnes and Noble, where Alexia got the third in her trilogy and helped Sis pick out a couple of books that she was surprised to find herself enjoying. They were sandwiched into the back seat which only got worse after we made our usual stop at the Ideda's, a Japanese fruit stand in Auburn. No room for feet!! 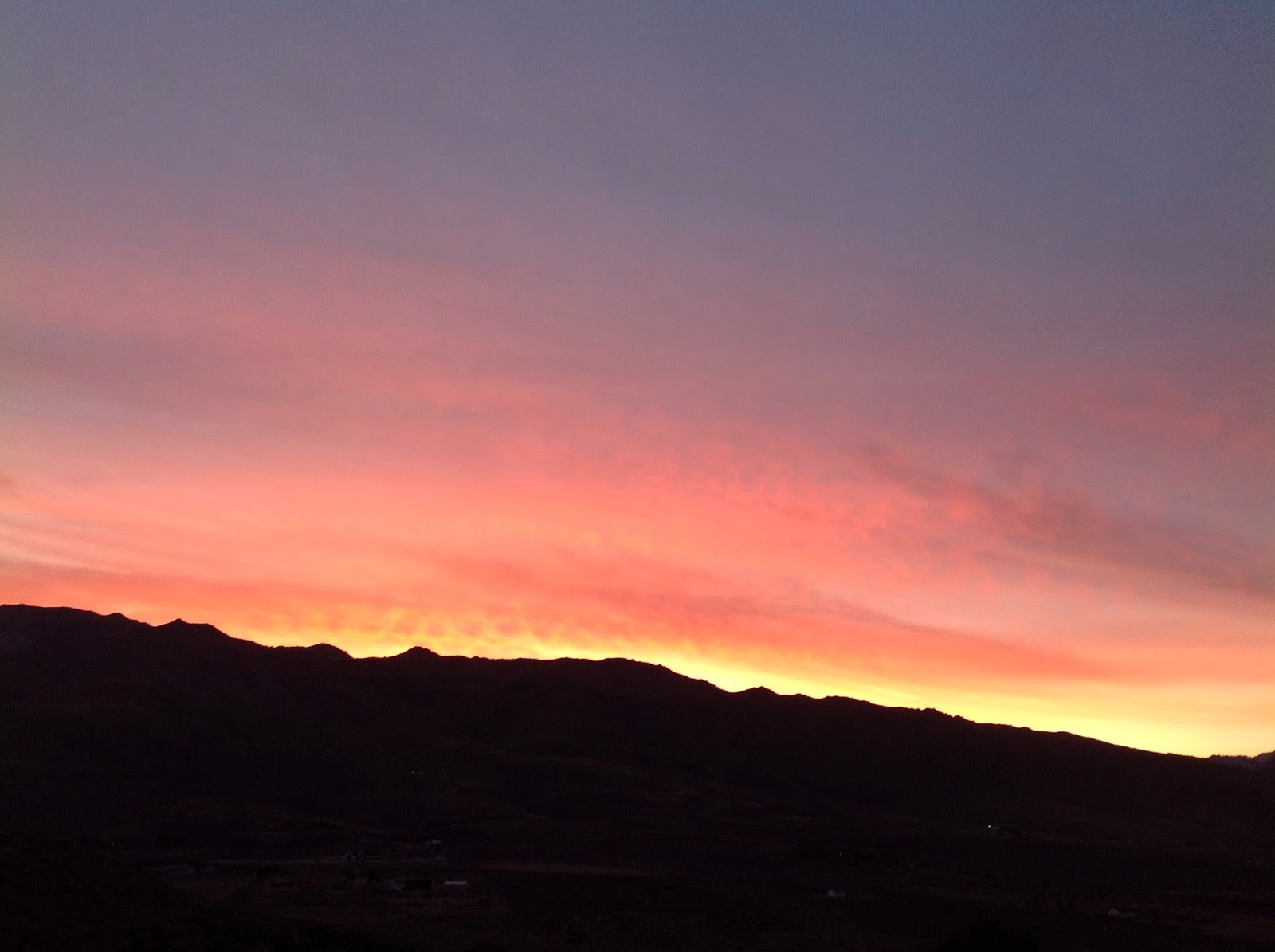 This was the sunset that welcomed up home Sunday night. 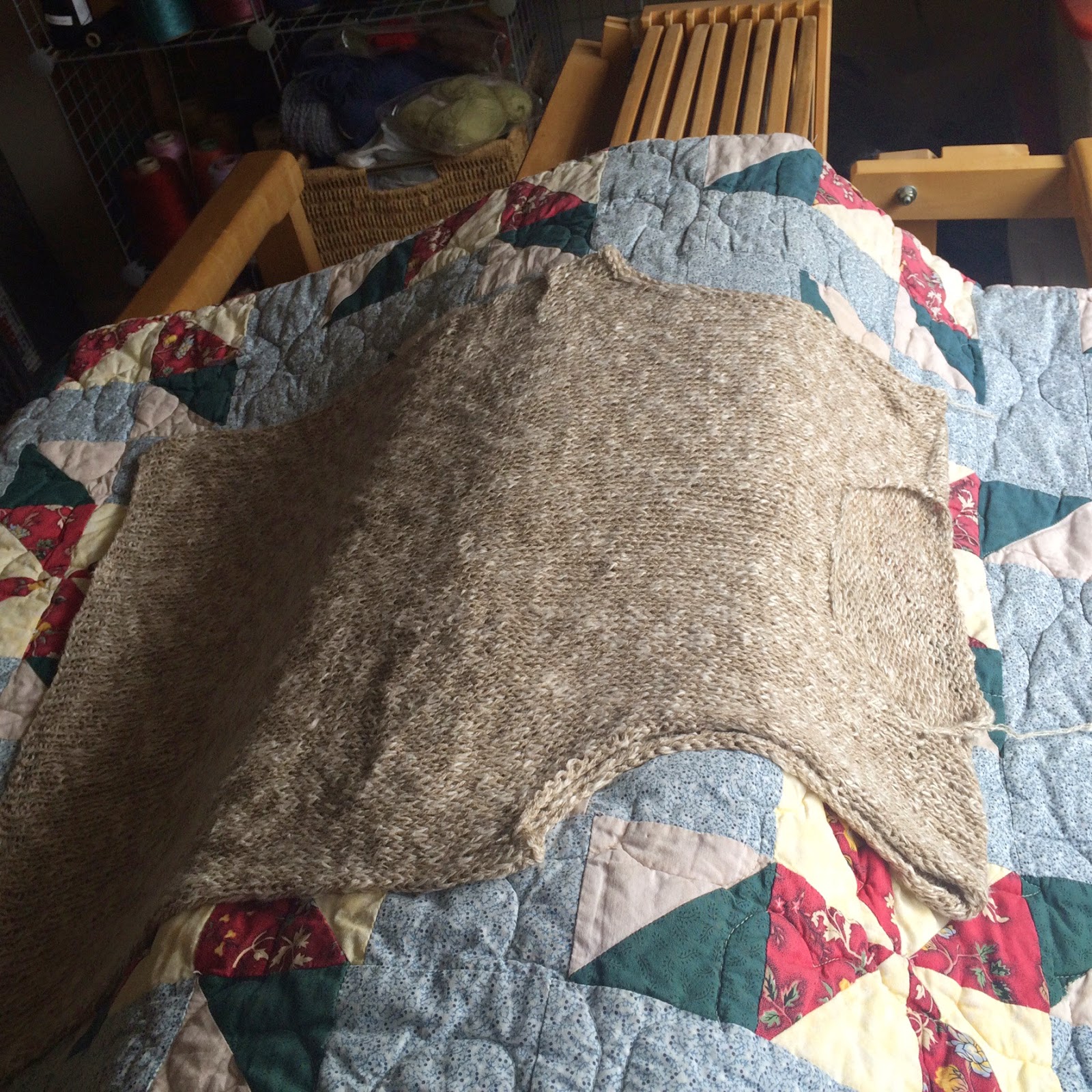 I haven't been knitting in the past couple of months.  I had two projects on needles and I'm discouraged by the moth damage to the sweaters I knit from handspun yarn.  The truth is that I rarely wear them anyway.  The hotel bed hurt my lower back and it hasn't gotten any better since Sunday so today I took some Aleve and just sat.  This shell was almost done so I finished assembling it, all but the neck.  I bound off too tight so hope that it will stretch in the blocking.  Otherwise, I will have to perform surgery. 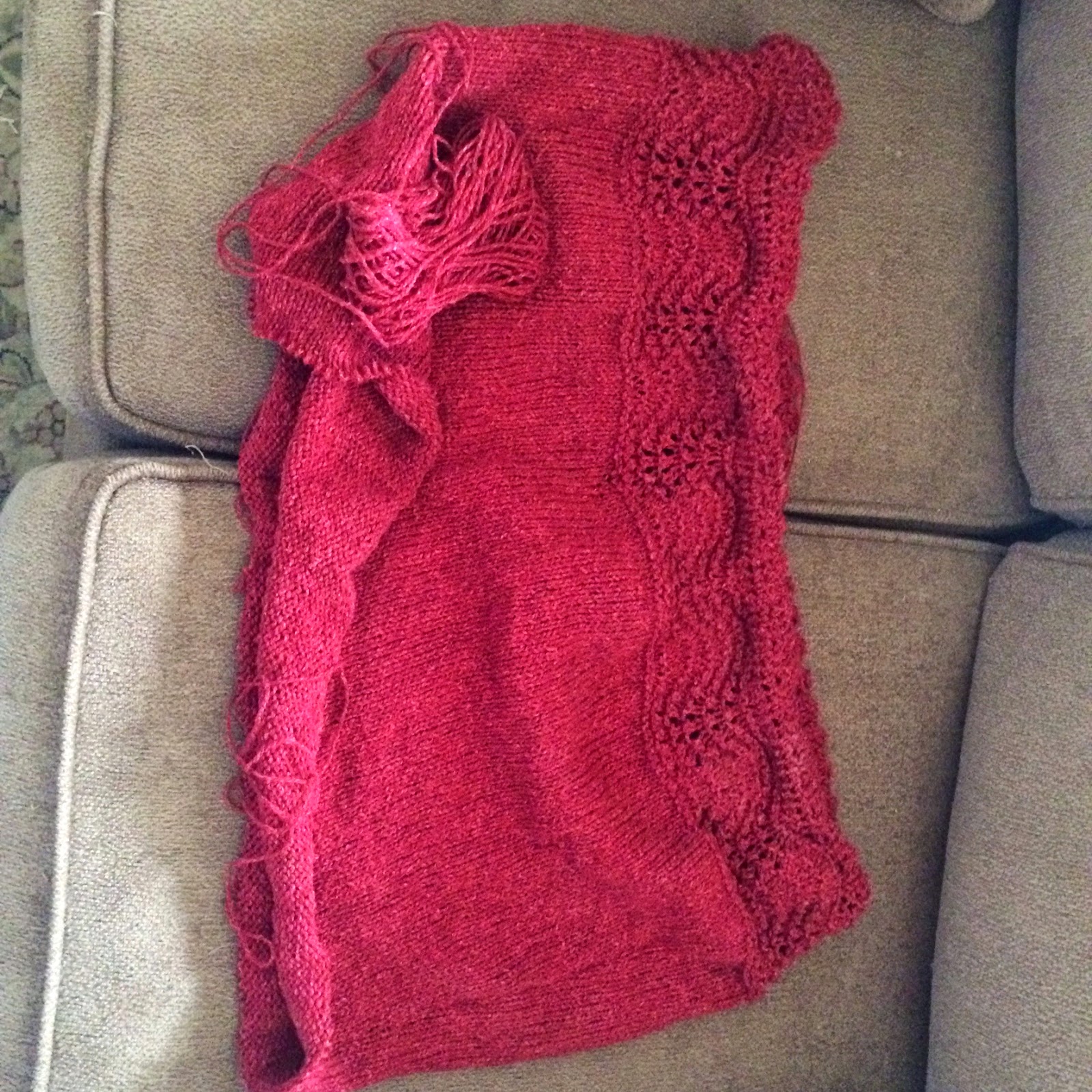 And then I realized that I really don't like the other sweater in progress.  Time for it to go. 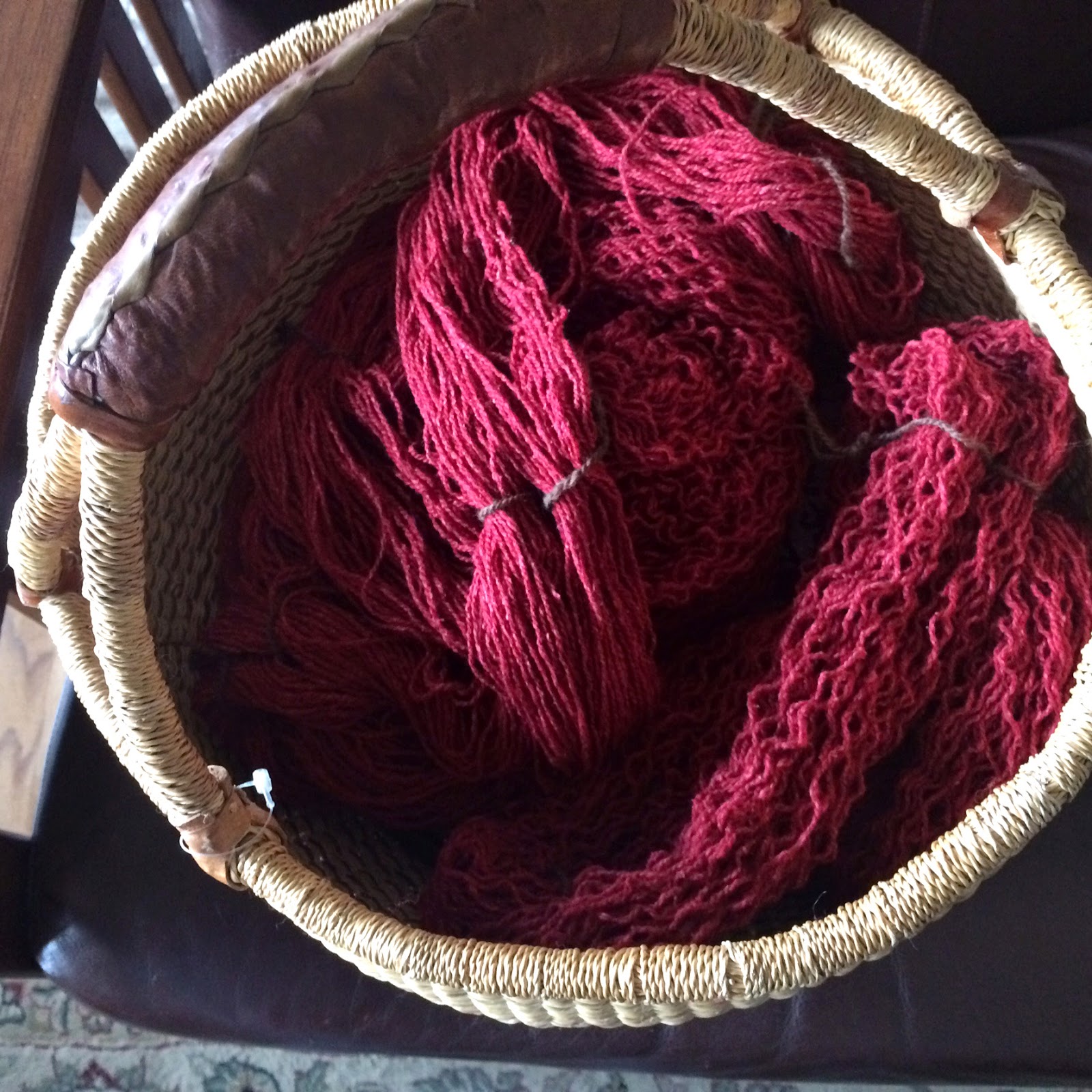 There are several steps before this yarn will be ready to knit again.  But it feels good to start over. 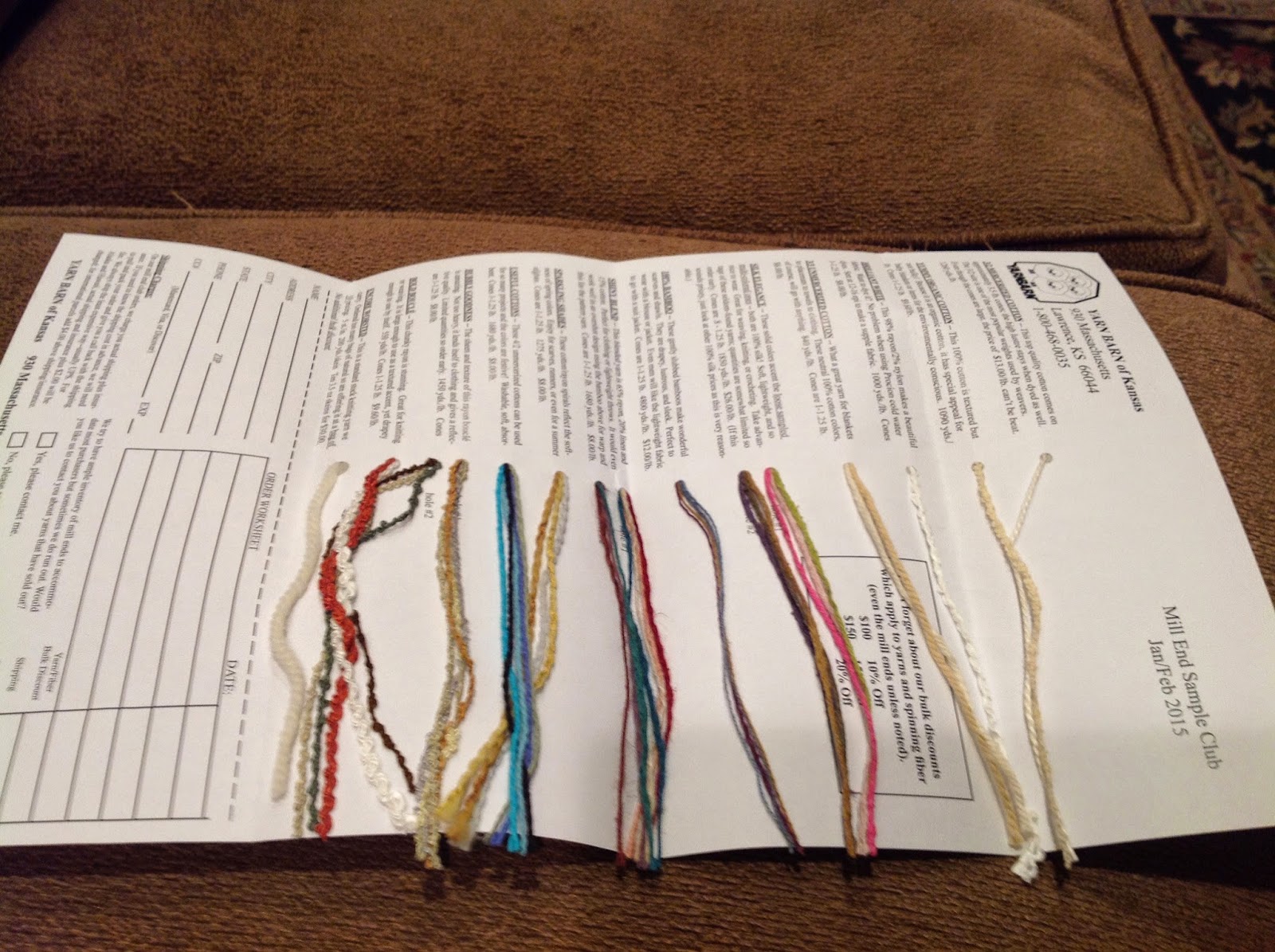 And in the pile of mail waiting for me was the first installment of my Yarn Sample Club from Yarn Barn.  I was too tired to order and when I did call on Tuesday, I got the last cone of silk.  My order is supposed to arrive this afternoon.  I keep looking up at the gate to see if UPS has dropped it off yet.  Somehow I think it's like the "watched pot that never boils."  And now I've got another pot to watch.  I just hung up the phone with Ryan from AVL Looms.  He called to let me know that my electric bobbin winder shipped today and could he please get the credit card information again.  You bet!!