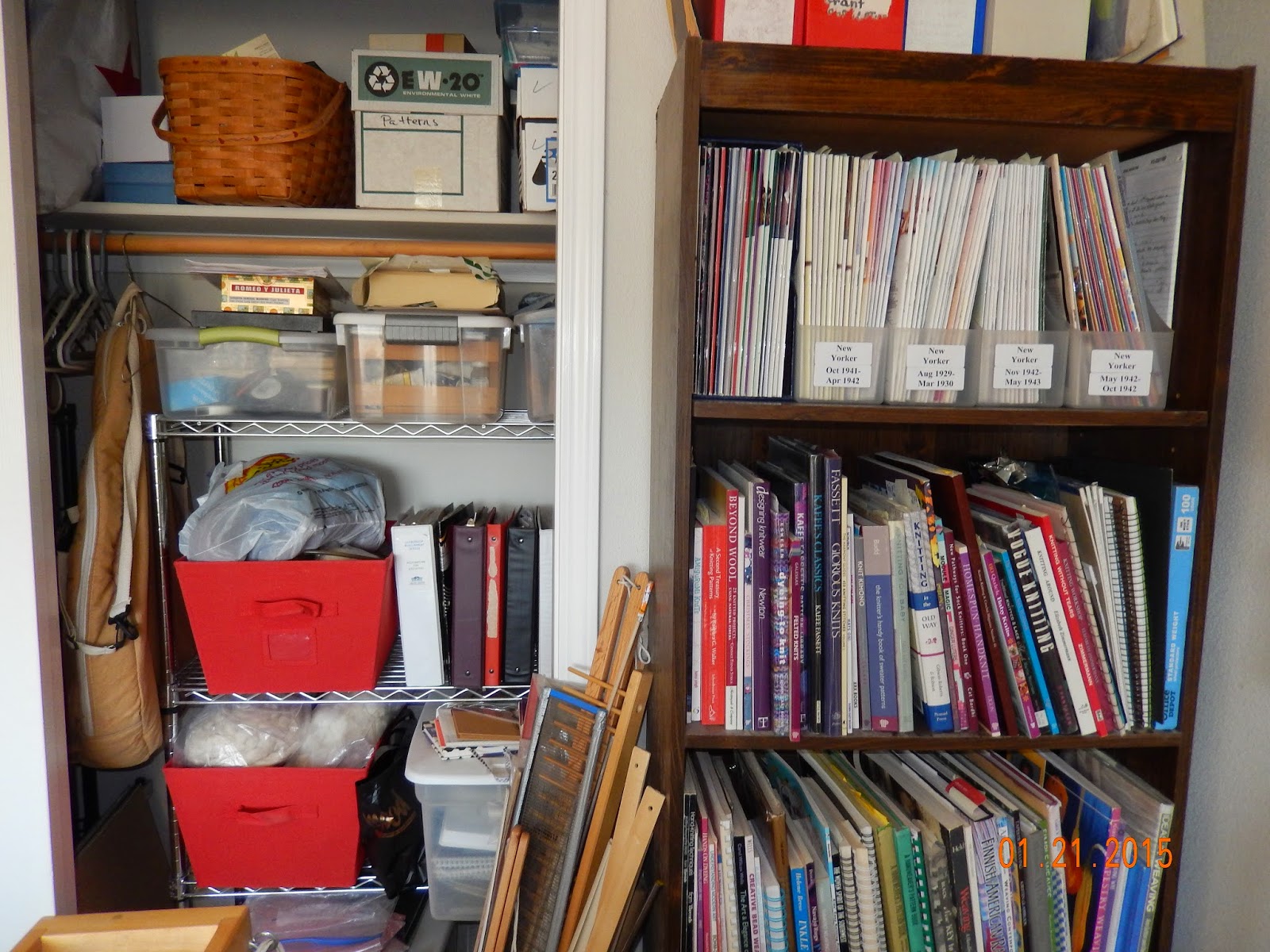 I spent two more hours organizing my studio space and have painfully removed some books and magazines.  That row of magazines on the right is now all my Handwoven issues in volume and date order.  That was a hard sentence - I had to decide what the subject is.  Is it row is?  Or magazines are? 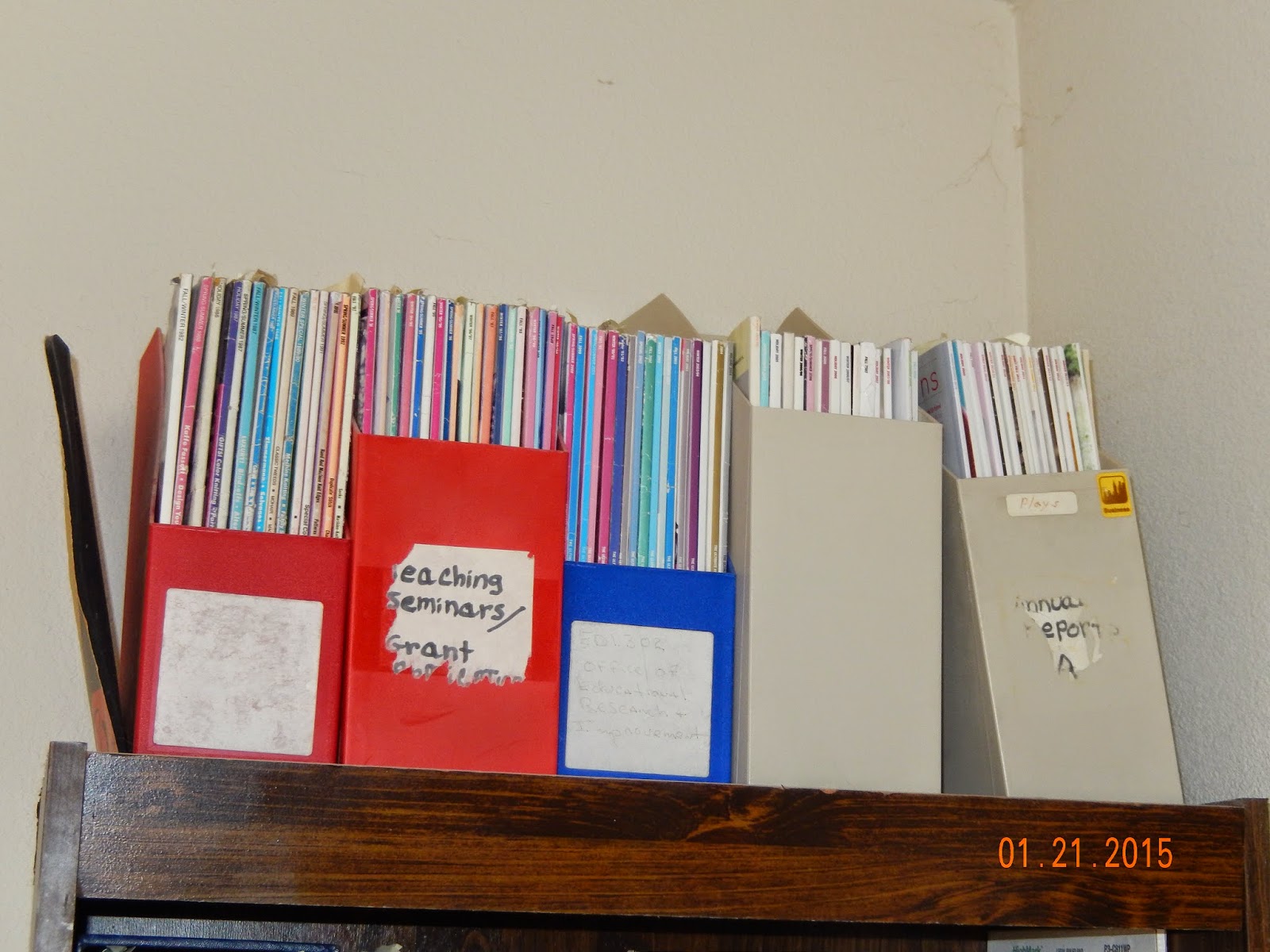 It's going to be a lot harder to find a home for these, my Vogue Knitting issues dating back to 1988.  I still haven't found a taker, and if my local library isn't interested in putting them out on the free table, I'm just going to have to close my eyes and let them go.  I need that space for large cones of yarn. 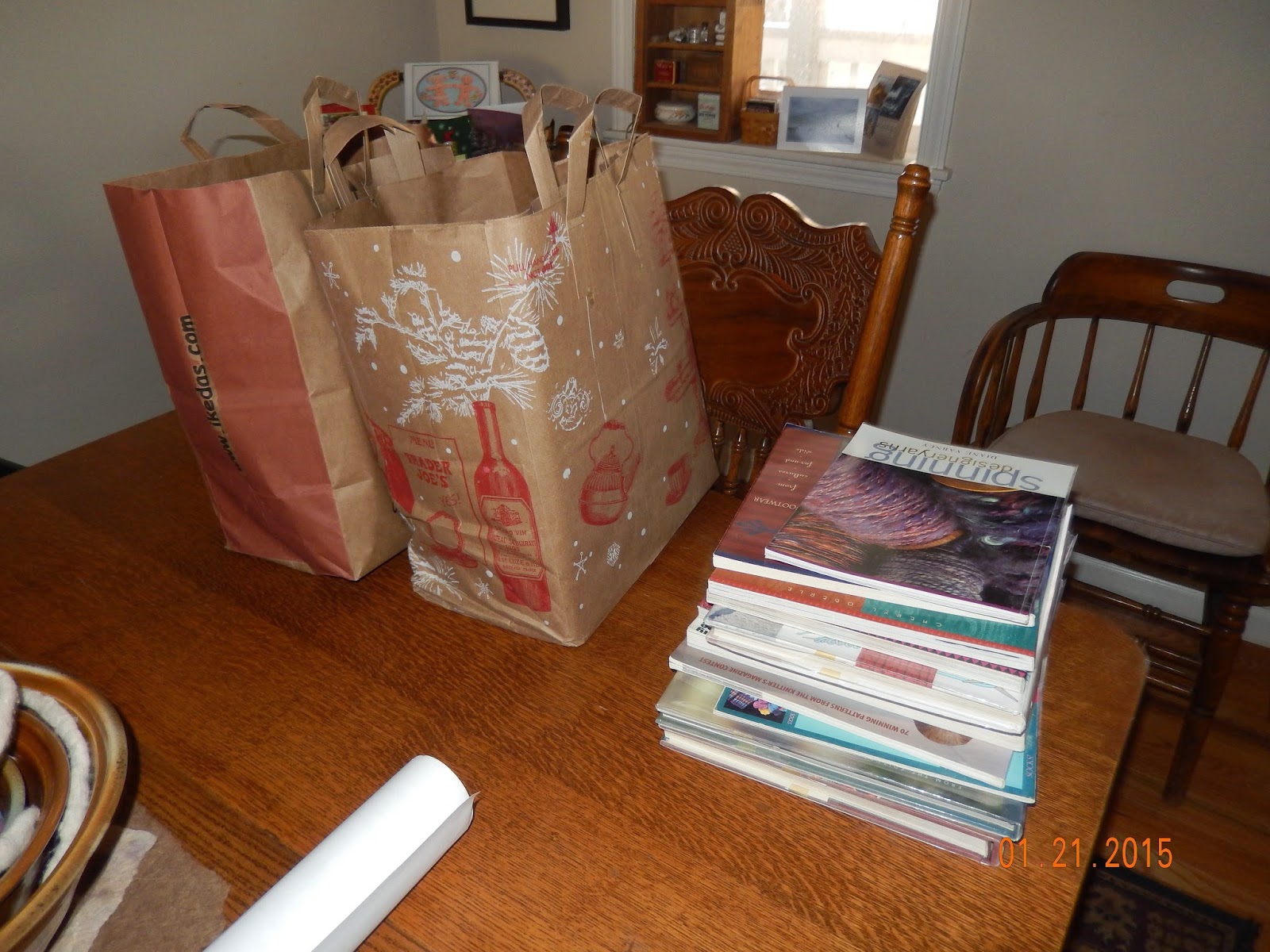 This is what's going out - two sacks of magazines and a stack of knitting books - all have been taken. 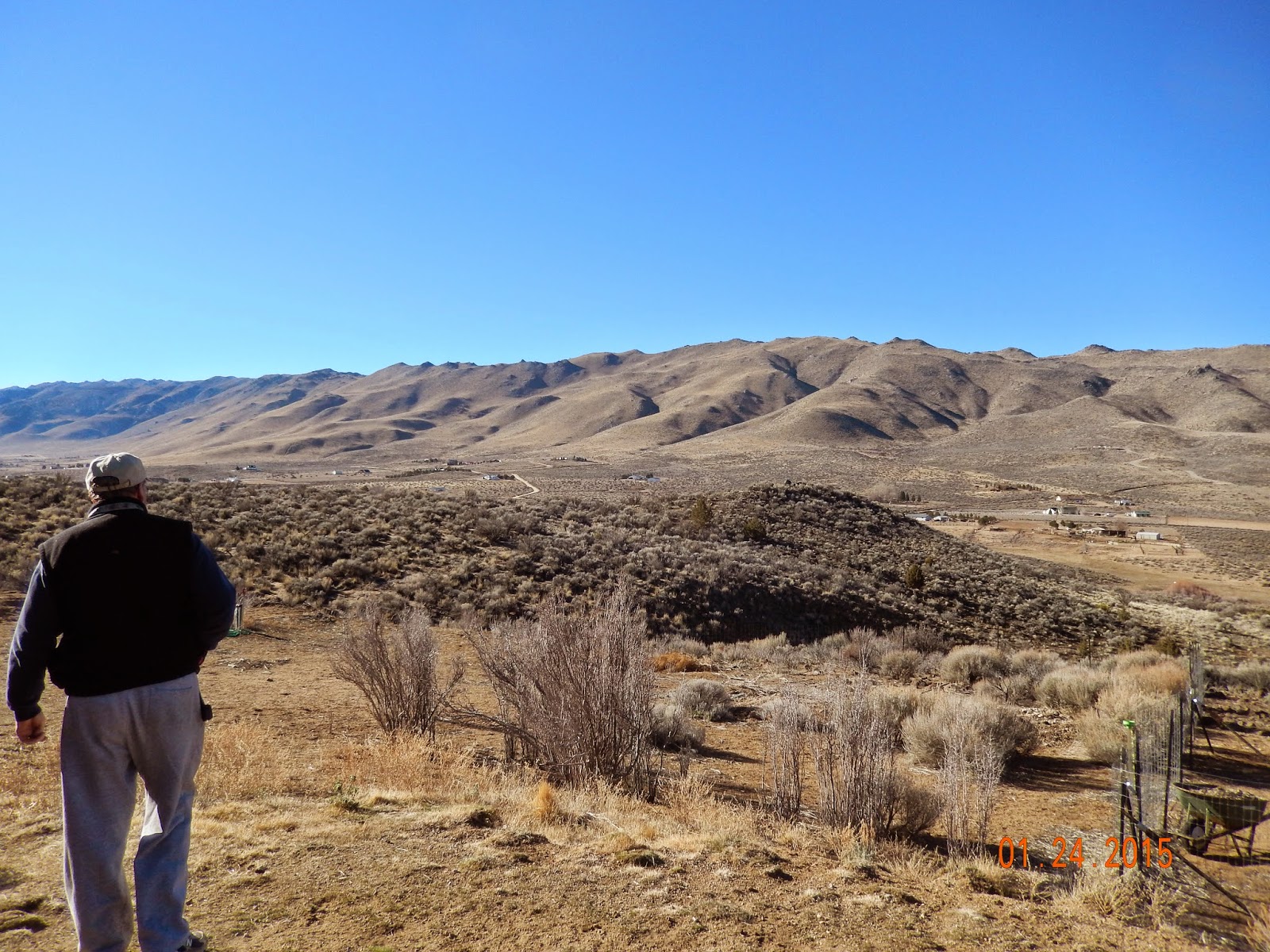 I still have my parents ashes upstairs.  I've tried to get my three kids to agree on what we should do with them, with absolutely no consensus.  A couple weeks ago son Josh suggested me put them on the top of our pinnacle that overlooks the valley, so this morning Ian and walked up there to reconnoiter. When the guys from Fire Safety Council did the fire abatement treatment about three years ago, they started up here but decided it was too steep for their tractors, but they left us a nice blazed trail. 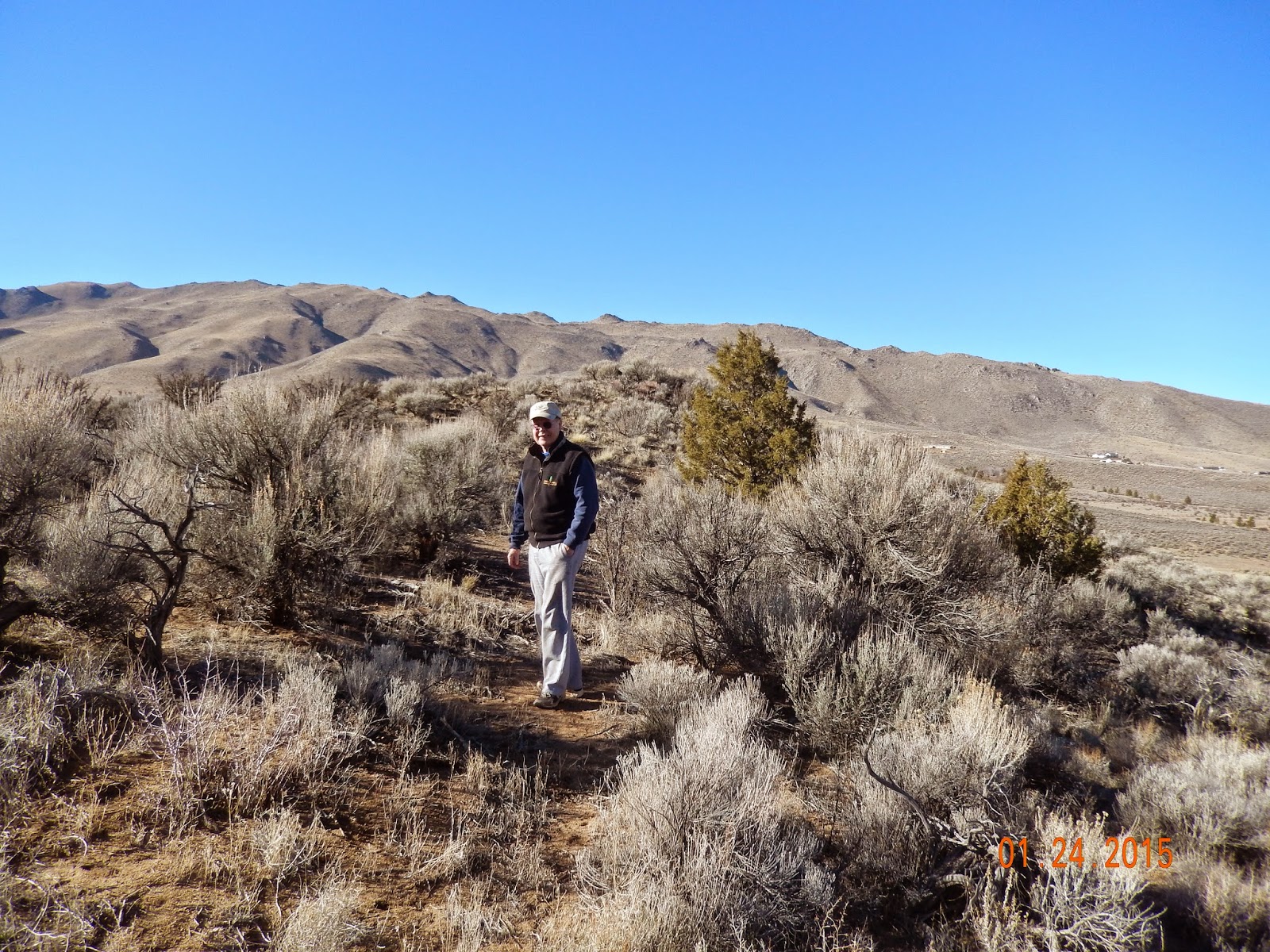 I was surprised at what an easy walk it is.  I expected steep and rocky. 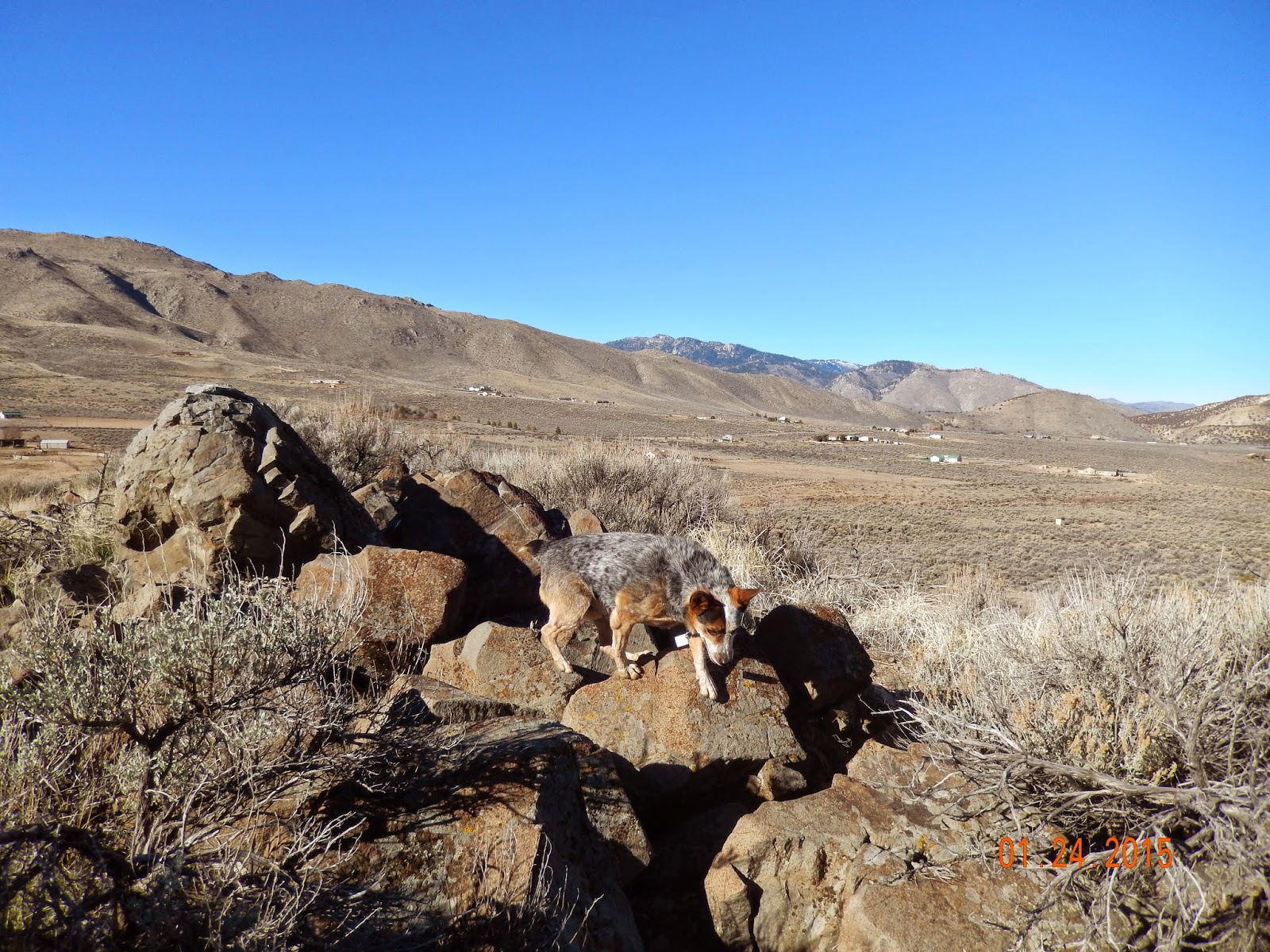 This is the top and the rock is a favorite of red tail hawks, looking for a meal.  Buster had a tough time negotiating the rocks with his stubby little legs but the dogs had a blast. 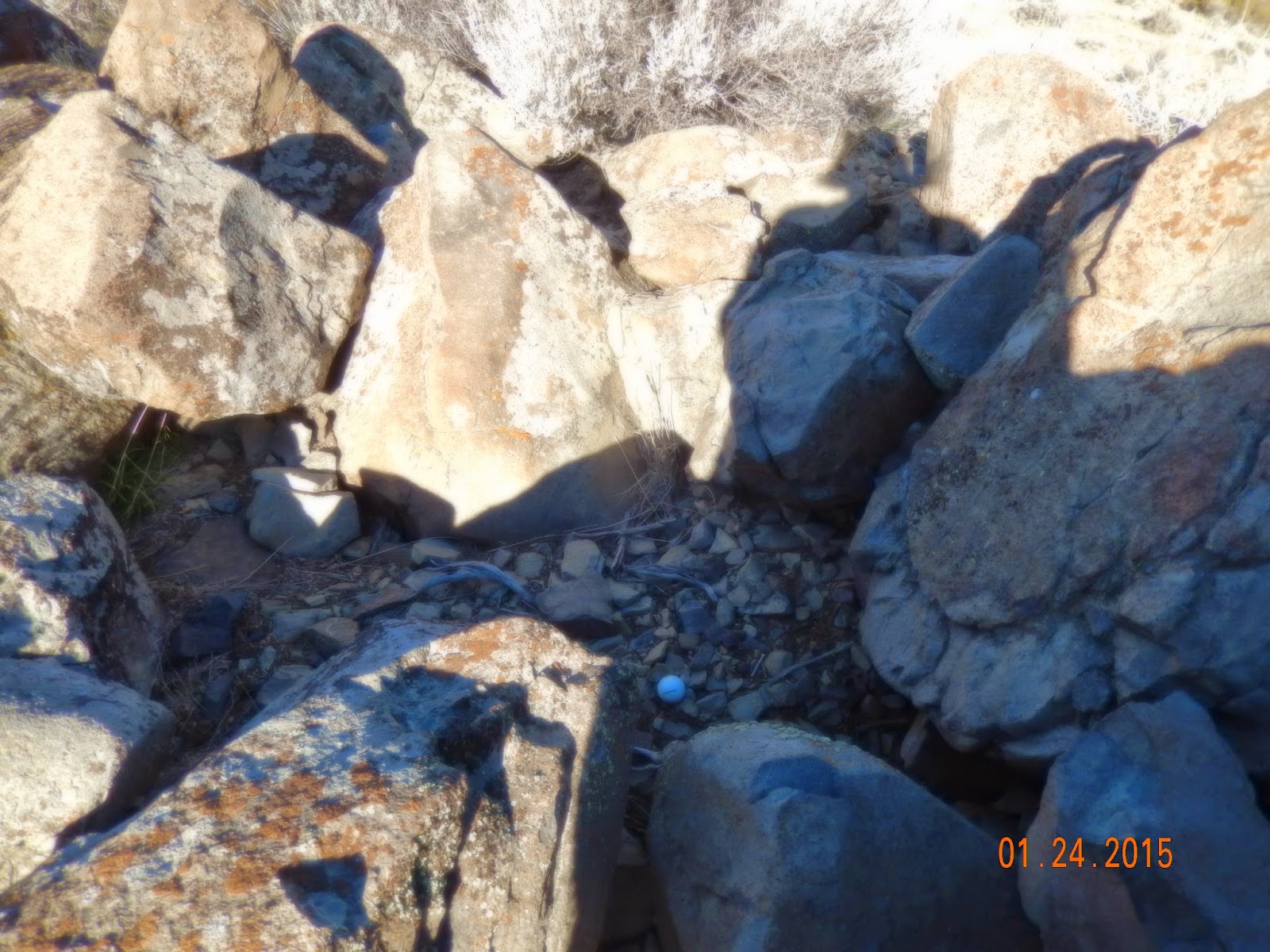 The spot we're looking at is this protected basin in the rocks at the top.  Josh suggested that we make a memorial by placing the ashes in it and then covering it up with rocks.  We can continue to add other rocks as time goes on and perhaps some pieces of tile. 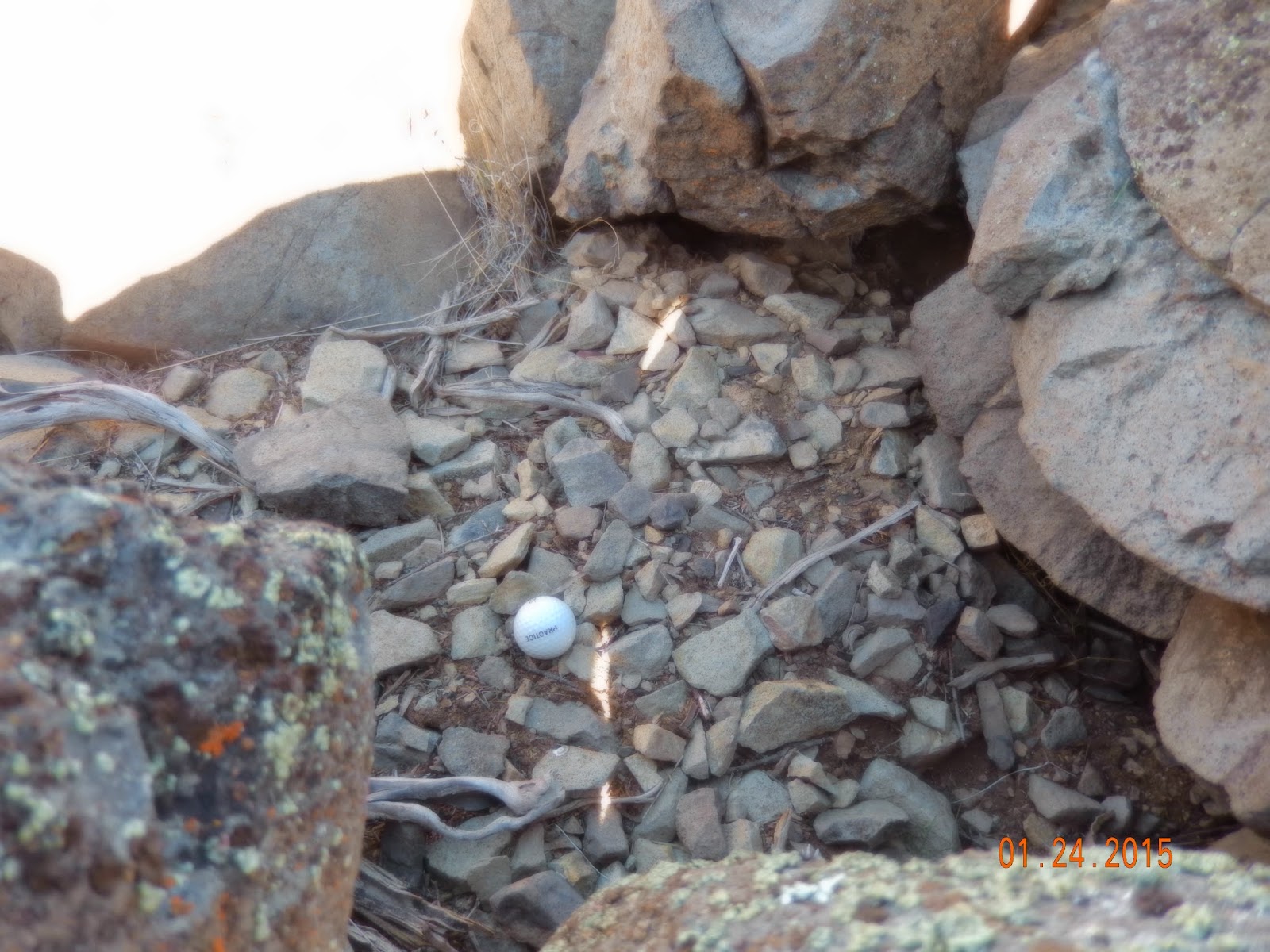 It's already like a nest, and yes, that is a golf ball.  The crows stole a bunch of them from an abandoned house thinking they were eggs.  They showed up all over the place for a while and I haven't seen any in a long time - until now. 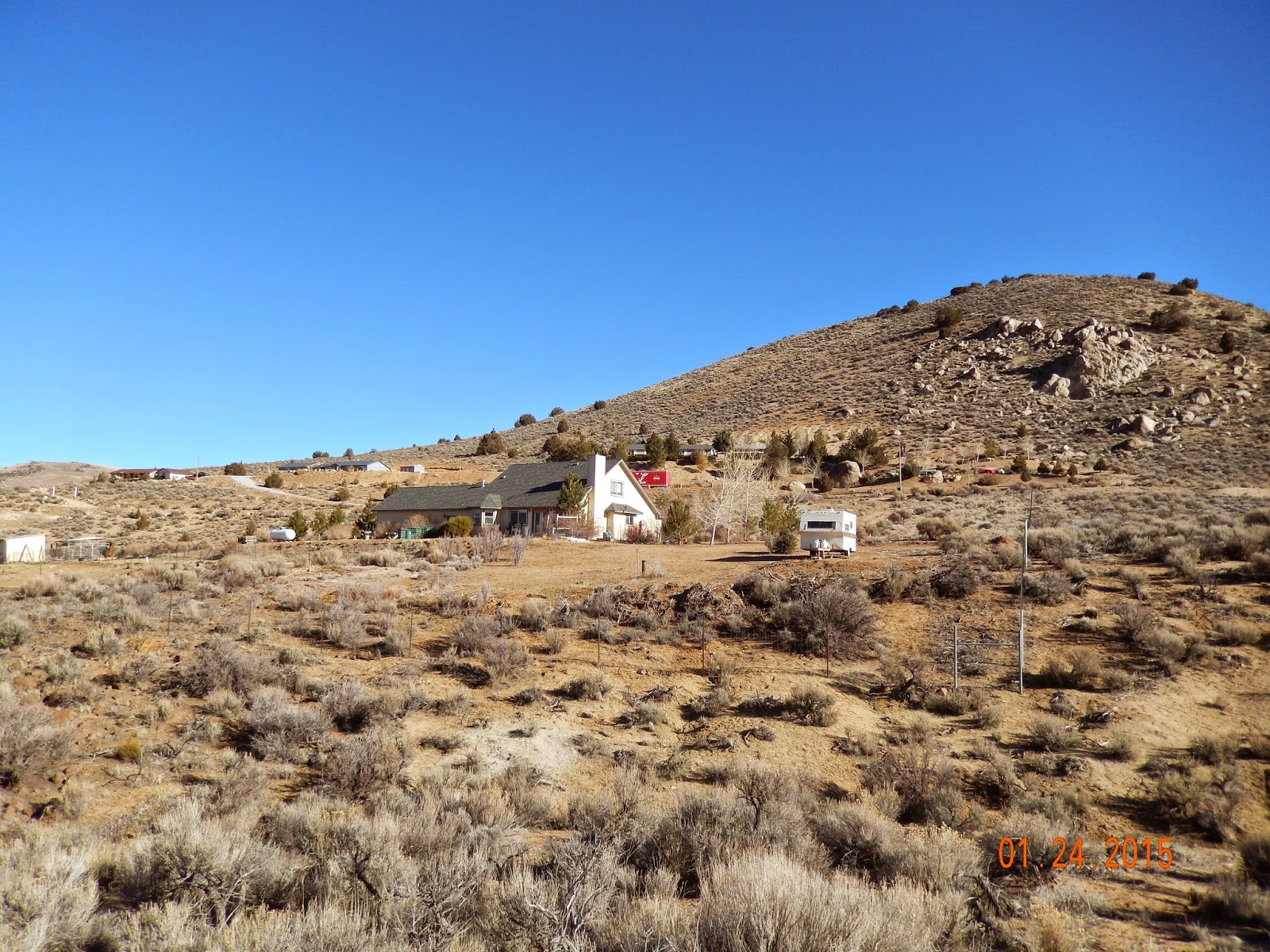 It's not far from the house so will be an easy walk for anyone. It's time.

What a wonderful post. You've chosen a beautiful place for your parents' ashes to rest. The landscape looks a little like our area of soutwestern Kern County, with a lot prettier skies...(ie. no pollution.)