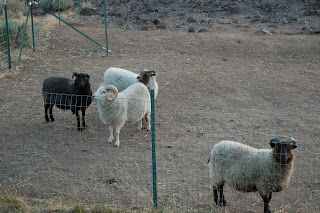 I was in the back of the house tonight and heard the sheep yelling their heads off. This is not a normal pattern so I hurried out to the back to see what on earth was going on. They were yelling at Ian - so crazy - so I ran back in for the camera. 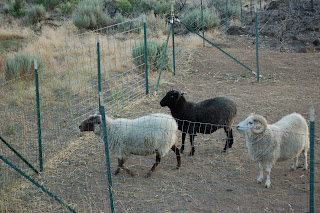 He apparently has gotten into the habit of pulling tumble mustard and throwing it over the fence for them in the evening. Actually, I think the habit is their's, given the intensity of their interest. He's just weeding. 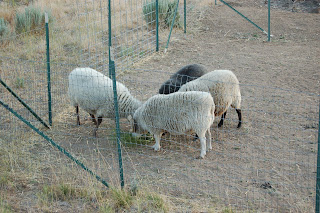 And they're happy to help. 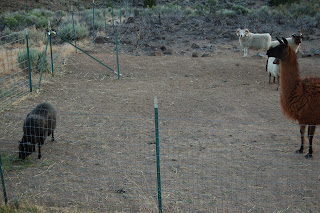 Frightened by their arch llama, the sheep have scattered, all but George, who thinks he's a llama. 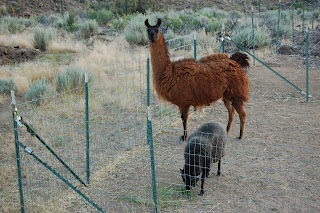 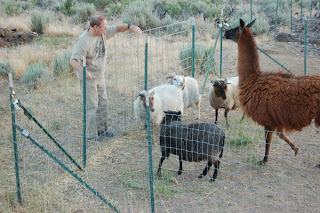 When the market is satisfied, so are the Sage Creek Farm critters.
Posted by Sharon at 9:28 PM

Your critters are high entertaining!

After your comment on my blog this evening, I had to revisit your blog and worked my way back to these photos of your sheep. Nice to see your Shetlands! Also interesting to note that your bloggiversary is exactly one month before mine; I will have been blogging one year on July 28. And all you said about "community" is so true. Except for the problem of time management (I shouldn't spend so much time at the computer!), it's been a great blessing.