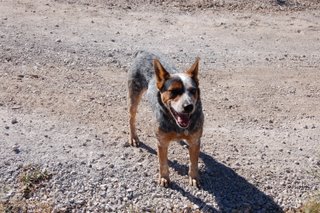 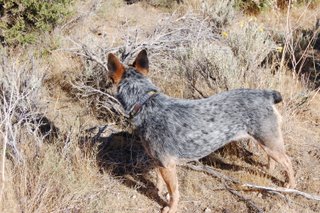 
Buster, our Queensland Heeler, has had a rough time over the last couple of months. He experienced episodes of pain that became increasingly more frequent and finally began to waken us at night. He’s only three years old but he was acting like one of the old dogs we had lost a number of years ago. He would pant through his pain like he was in childbirth and labor. Out of our desperation Buster spent a number of days with our vet under observation, but when he came home, the pain followed shortly. Ultimately we put our heads together and the final result was that Buster underwent surgery for abdominal hernia. Dogs so do not have hernia that our vet wasn’t optimistic that we had a solution. He told us that in 25 years, he has only had two dogs that needed hernia surgery. I can’t wait to tell him that he is going to have to change that to three. To our great joy, our pup is back to his former pip self. I took him for a walk this morning down our dirt road. I really do love the high desert where we live, so have decided to stray from my topic of fiber, to where I do my fibering. Avoidance – don’t want to face my stash dilemma. 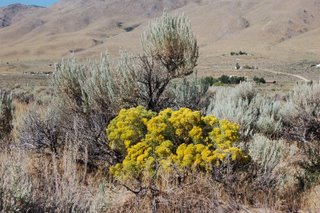 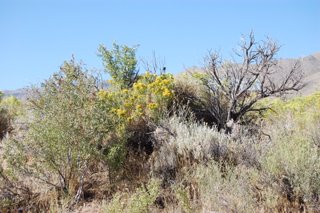