Broken for You by Stephanie Kallos 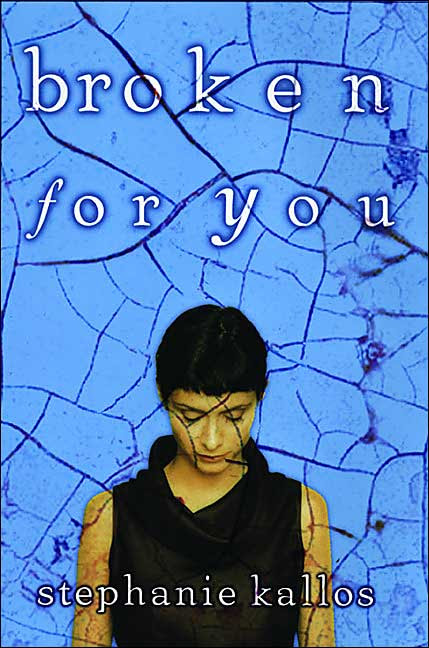 I’m not surprised that Sue Monk Kidd wrote an endorsement for this book. The Secret Life of Bees has a similar mystical quality and a requirement that you stretch your imagination, not unlike John Irving’s The World According to Garp. It’s a debut novel. I realize that I have read several debut novels lately that I have enjoyed, The Secret Life of Bees being one of them. And come to think of it, To Kill a Mockingbird was a debut novel. Anyway, I’ve cobbled together a description from the publisher’s blub:

With a riotous energy that recalls the works of John Irving and Anne Tyler, Broken for You is a debut novel of infinite charm and tremendous heart that explores the risks and rewards of human connection, and the hidden strength behind things that only seem fragile. When elderly aret Hughes discovers that she has a malignant brain tumor, she refuses treatment and decides to take a nice young tenant into her huge, lonely mansion for company. What she gets is Wanda Schultz, a tough-as-nails stage manager who is secretly seeking the man who left her and prone to inexplicable weeping breakdowns. Both women are guarding dark secrets and have spent many years building up protective armor against the outside world. But as the two begin their tentative dance of friendship, the armor begins to fall away. Wrestling to keep the dead and the ghosts of their pasts at bay, the two women slowly build an extraordinary friendship, and when Wanda discovers a talent for mosaics, the past begins to quiet
Posted by Sharon at 8:54 PM

Interesting to think that debut novels may sometimes be an author's finest work... I will look for this one, and Secret Life of Bees, too.

I like the green text more, now that I see it again. Good looking blog!

Two other debut novels that I've read and enjoyed this year are Cotton Queen by Pamela Morsi and The Center of Everything by Laura Moriarity. Actually I picked up the latter from an independent bookseller in Davis, California last year during Lambtown USA.

Hey.. I'm actually translating this book. Unfortunately, I don't have the time to read it through beforehand. Wanna tell me a thing or two about it? :)