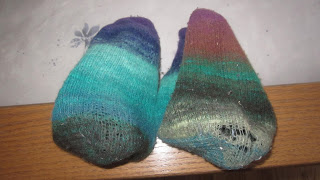 It's been a few years now since I got hooked on Noro Kureyon sock yarn. Several of you expressed skepticism that a single ply thick-and-thin yarn would hold up in areas of wear. It doesn't. I thought felting these would make them better but it just made them smaller. 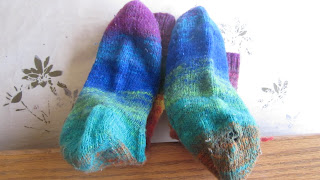 Even the pair I knit most recently has no heel. The other pair I have is missing a heel and the ball of the foot. I have two more skeins of this yarn and have no idea how to get it out of my stash. You skeptics were right. 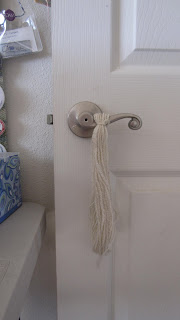 And for those of you who asked how I liked working with Polypay, I thought it was delightful but I was working with unusually short staples lengths and would love to try this again with a sample from one of Luke's ewes. 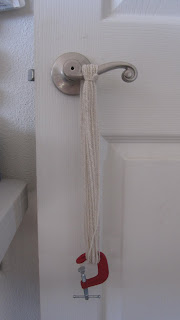 It's not as springy as Targhee but very close. Again, a sample from a mature animal might have different characteristics. It's soft and I think would be terrific for garments. I'm not sure about weaving with something this boingy - would have to ask for advice if I want to take that further.

As for the appliances, we have an online subscription to Consumer Reports. I was restricted by the size of our tiny laundry room so needed machines that were 28" deep or less. CR rated the washer I chose as Best Value which was this. The dryer was also well rated. They are certainly well rated by me. They are so quiet and yesterday when I did my first load of whites, they came out white! I didn't know a washer could make that kind of difference. 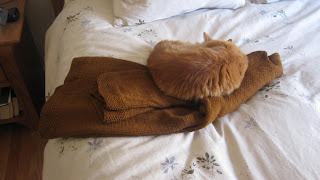 I put my finished sweater through a soak cycle yesterday and blocked it. It was dry today so I brought it downstairs. It's taken me so long to knit it that Charlie has taken to think of it as his. The bedroom was about 60 today and yet he found his sweater and took a nap.

It has been brutally cold all over the West Coast recently. It was -10 this morning and Ian ran into problems with the hydrant at the llama shed. It wouldn't turn off and was soaking everything and everyone. He ended up turning off the power to stop the well from pumping, put a nozzle on the end of the hose, and then called our wonderful pump guy who recognized the problem, explained it to Ian and told him how to fix it. When the power was back on, of course, we were running brown water from every faucet. 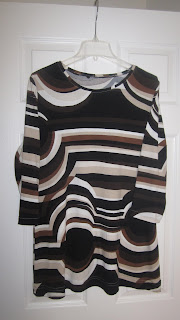 I sewed today and I love my tunic. However, sewing with single knits is like sewing with Jello. I have four more pieces that I bought from Mood. I WILL sew them up and then I'm never going to sew with single knits again. I have no idea how Theresa cuts out four projects at a crack and then sews up a complex garment in an afternoon. I worked on this over three days! 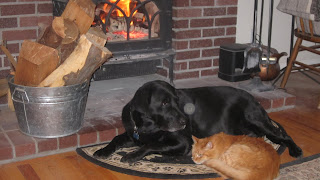 The power of friendship. This would have been a good photo yesterday for MLK Jr Day. And Becky. I'm actually assembling notes on growing up with my parents for my children since they never knew them as vigorous energetic icebreakers in the original back-to-the-land movement. My kids only knew them as elderly grandparents.

So Becky. I have no record and no one to ask about when she arrived or when she left, but she was with us for a couple of years. She was in secondary grammar school and couldn't compose a small narrative. I remember that upsetting her teacher who called Mom in. Many people worked to save Becky. A widower in our valley raised horses and was the man Daddy had fix our old cars. Becky discovered she loved horses and couldn't spend enough time after school at Joe's to suit her, which worried Mom to death. Joe taught her to ride and to drive a sulky.

Her dad would visit once a month and take her for an ice cream cone. She thought he was god, and then was surly toward us for several days afterwards. She had lived with us for a couple of years when her uncle in Wyoming discovered she was in foster care. Even his mother knew. He was beside himself because it was intolerable to him. As a newlywed with two young children and a small farm, he didn't have money to send for her. He and Mom started to correspond. Long distance still wasn't common or practical. They cobbled together a plane ticket and Mother sewed like mad so Becky would have new clothes to wear home. That's a way Mother showed her love - she sewed for you.

Becky was just about in 7th grade when we took her to Lindbergh Field and she boarded a DC6 for parts unknown. I've thought so many times how skinny and scared she looked. She and Mom wrote letters for years and we stopped by to see her after I graduated from high school, after attending Daddy's family reunion. She was so proud to show off her family. The last letter Mom got, Becky had enrolled at the community college studying social work and was engaged to be married. Mother thought that Becky stopped writing because she had moved out of her past and was moving into her future, though I know Mom would have welcomed a letter. The rest is up to Becky.
Posted by Sharon at 8:32 PM

But your shirt is lovely!

I love Noro, too, but worry about its longevity. I'm making a pair now of some socks the owner of our LYS recommended from Ravelry, Harika socks by Stephanie van der Linden. They pair Noro with a solid to give them some strength. Plus, their beautiful!

For the socks, adding a second strand of a special reinforcing toe/heel yarn maybe, one with a good mix of nylon/wool?

I think your tunic is marvelous! Pattern details please!
Love the fabric. I don't feel the love with knits either.
Frankly, they aren't the most flattering fabrics on me.
I do find working with cotton blend interlock a bit easier and more stable, but single knits....you are brave! Well done.
Interesting story about Becky and I know exactly what you mean about sewing and love. My Grandmother was my personal seamstress from birth until I was well into my teens and into t's and sloppy ragged jeans. Putting on one of her beautiful garments was like wrapping yourself in a big warm granny hug.

Thanks for the "rest of the story"...you could be a Paul Harvey wannabe!

Noro...you could weave it with wool and do differential shrinkage scarves. I did a blog post about that project a couple years ago.

Have you tried using that supplementary thread on the toe and heel?? Along with the yarn you are using?

I've always wondered about Noro myself. I love the colours but a couple of skeins I felt, were kind of scratchy and I have a fairly high tolerance for wool. It would be lovely in a woven or knitted scarf though.

Your mother sounds like an amazing woman. How wonderful to have memories of such strength and love!

I never got far enough along with Noro socks to see how they'd wear, although I had my doubts. I hated knitting with it, kept kinking up....so I gave the few skeins I had away.

Supplementary threads (like nylon) don't work - the soft yarn wears away anyway, and you're left with the thread - a hole, but not holey.

Thanks for the "rest of the story" on Becky - how courageous for your family to take her in in those times, and make such a difference in her life!

Ok... So why are you weighting your yarn? You really shouldn't. When it gets wet again, the twist will come back.

If there's only 1/4 of a twist in the skein as it comes off the bobbin, that will come out in washing it and just hanging. Any more than 1/4 of a twist in the skein, and you need to make sure you're watching how you ply (over- or under-plying). As I recall, you and I have the same problem - under-plying. Add and extra treadle when you're plying a length and see if that makes a difference...

I'm about to wear a hole in the first pair of socks I knit and I'm heart broken. I am going to try darning them since most of the sock is still in great condition.