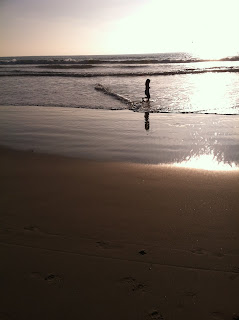 We got back from the zoo about 3:00 and Alexia was chomping at the bit. We'd held her off from going down to the beach and I couldn't say no anymore, though I did say no to her bathing suit. It's January. It's cold. She ran with unabandoned joy through the surf until she was thoroughly soaked. At one point, watching the tide swirl around her feet, she got dizzy and simply fell over. If you've ever experienced this, you know exactly what happened. 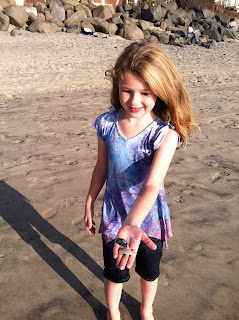 She ran up and down the beach, collecting anything that resembled a seashell. Nothing was too small and she was thrilled. I texted this picture to my daughter who replied, I don't remember sending black pants. You didn't - she was soaked! 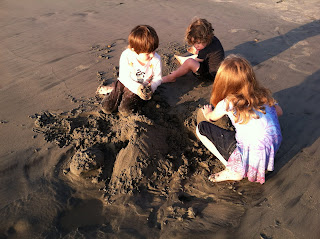 Noah, McKay and Alexia collaborated on building a sandcastle, and I understand that this was a big step for McKay who is uncomfortable with the surf. Two dads, one grandma, three beers and a lot of gratitude were here.

I took this video of her glee. 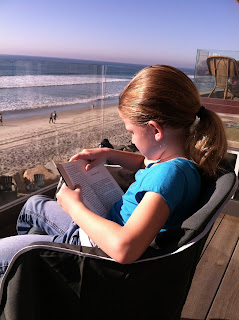 Alexia understood that she couldn't be on the beach without an adult, but she sorely wanted to be there every minute. I was pleased when she acquiesced to a reading time on the deck. She is reading an original series Nancy Drew, which warms my heart since I read those exact same stories when I was her age - the power of the written word! 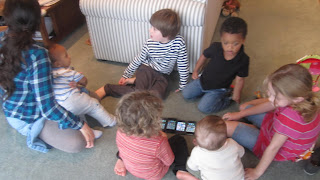 New Years Eve day and more family. Solomon has once again managed to capture all the iPhones. Adults and children alike are having a great visit. MasterCard can't buy you this. 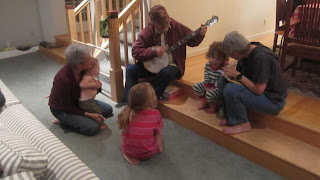 We had an extra special treat this year. Petey brought his banjo and played for us. He allowed the children to help him strum. If you know banjo, he plays claw hammer, which he calls old timey music. We always eat it up. MasterCard, eat your heart out. 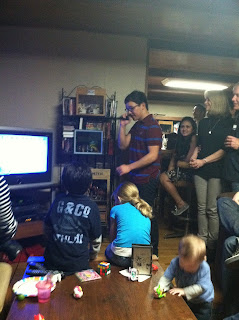 The next day, we "hopped onto the 5 to the 405" - that's LA-speak for where I drove - and went to Gardena for Japanese New Year. Everyone is connected through high school, to the third generation. Ian drives home as I certainly can't after the saki blessing of past, present and future. I was soaking up the kids in the family room and failed to get a picture of the food - sushi, sashimi and tempura to die for. They're spoiled me for restaurants. This is just one room. There had to be a hundred people in the house! 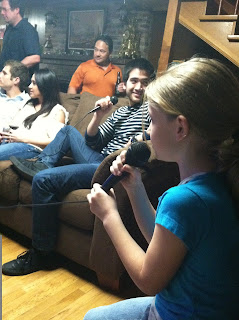 Karaoke is huge with the Inouyes and Alexia wanted desperately to participate. She told me later that the words just came up too fast, which I thought might actually be a good educational motivator. Gus didn't know there was a word scroll so just sang, thanks to Junior who is absolutely great with the kids. We had so many experiences and visits and hugs, it's hard to chose what to share. It was all this and more. I hope you had as much joy over New Years as we did. 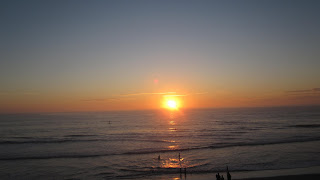 What a wonderful way to welcome the New Year!

What an absolute treasure trove of memories for you guy and all those kids. And I loved Nancy Drew when I was a kid - saved up my allowance to buy them since our school library didn't have them.

The picture with her seashells makes me smile every time.